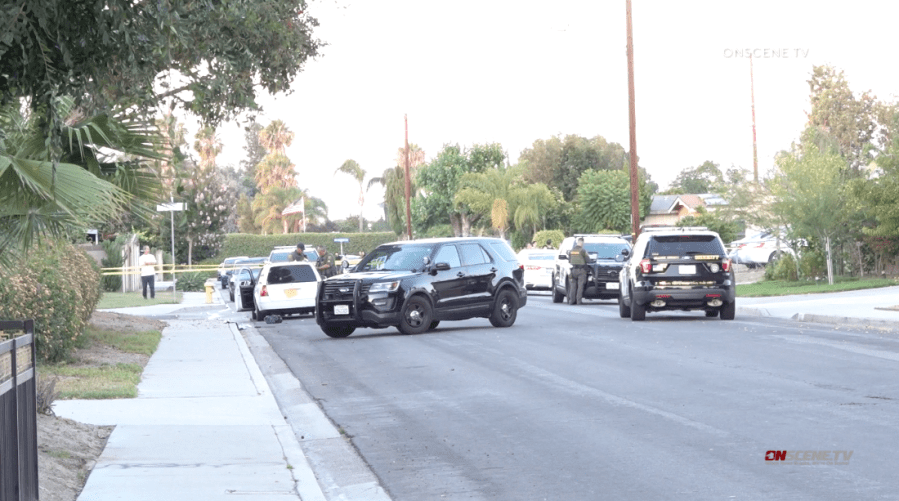 A pizza delivery driver who apparently stopped to help the victim of a shooting in Stanton was then fatally shot by unknown suspects Tuesday night, authorities said.

Orange County Sheriff’s Department deputies responded to an unknown trouble call at the 7000 block of Lessue Avenue about 7:20 p.m.

They found a 49-year-old man and 76-year-old man in the street suffering from gunshot wounds, officials said in a news release Wednesday.

Both victims were taken to a hospital, where the younger man, Juan Cristalinas, of Santa Ana, died.

“Preliminary information indicates Mr. Cristalinas is a pizza delivery driver who may have stopped to assist the other victim during an assault,” authorities explained in the news release.

The relationship between the injured man and the assailants is unknown.

Moments later, she heard a noise at her door thinking it was the pizza she had ordered.

Her neighbor informed her there had been a shooting, and she later discovered her pizza delivery driver might have been the victim.

The Sheriff’s Department homicide bureau and the north gang enforcement team are investigating.

Anyone with information about the deadly incident is asked to contact the Sheriff’s Department at 714- 647-7000. Anonymous information may be provided through Orange County Crime Stoppers at 1-855-TIP-OCCS.

Has Peacock Renewed The Series? Know What’s Next