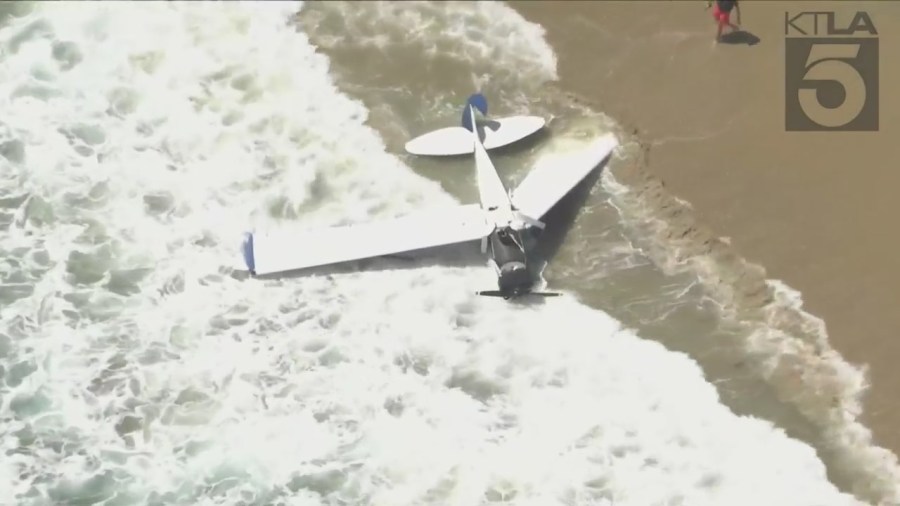 A pilot was was pulled from wreckage after a plane crashed into the ocean off the coast of Huntington Beach, officials said Friday.

The Huntington Beach Fire Department responded to the crash around 1:30 p.m. to assist California State Parks with the downed aircraft south of Beach Boulevard, officials said on Twitter.

The pilot, who was the only person aboard, was rescued and no serious injuries were reported.

An image of the aftermath shared to Twitter showed several people looking out into the ocean, and debris strewn about the water.

Aerial video from Sky5 later showed the plane as being largely intact while rescuers surrounded it. Onlookers stood by to watch the aftermath.

The plane was described by the Federal Aviation Administration as a single-engine Piper Cub. The registered owner is based out of Hollywood, Florida, records show.

It is unclear what led up to the crash, and the FAA will investigate.

New DOT rule could make air travel less hellish: How it could help you

Eastbound 91 Freeway will be closed in Corona this weekend