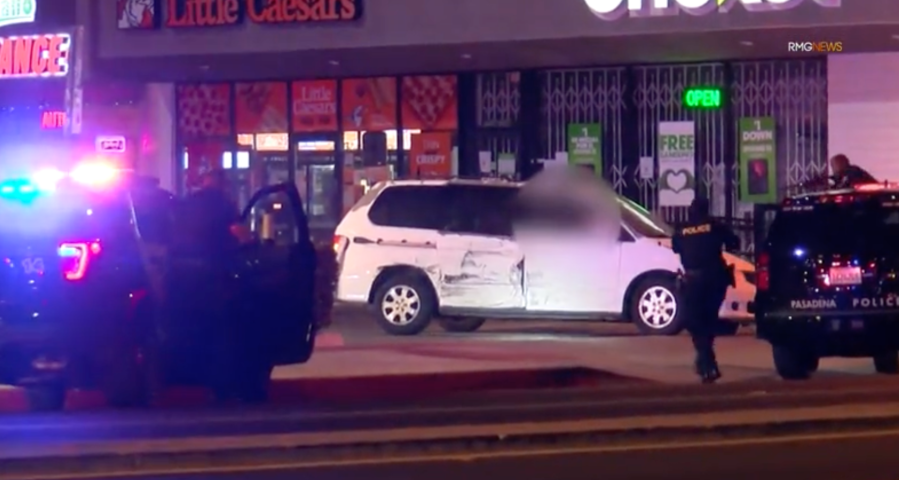 Officers from the Pasadena Police Department were in pursuit of the driver in a white minivan, but when the chase came to an end at a strip mall, some type of altercation occurred which ended with police shooting and killing the suspect.

It’s unclear how many officers fired at the suspect or how many times the man was hit, but video from the scene appeared to show police firing several rounds through the windshield of the minivan. Prior to that, the man could be seen holding a handgun to his own head.

The circumstances that led up to police opening fire is unclear at this time and the driver’s identity has not yet been released.

A woman who identified herself as the suspect’s mother told KTLA that her son was struggling with substance addiction and his mental health. She said he sent her a cryptic text Friday night that read: “It’s over. I love you. Watch the news.”

No police officers were injured in the shooting, the Police Department said.

The Pasadena Police Department Robbery Homicide Unit is investigating the shooting. Anyone with information is asked to call 626-744-4241. You can also submit an anonymous tip online.

What Did The Showrunner Say?

When Will The Third Season Release? Find Out Here