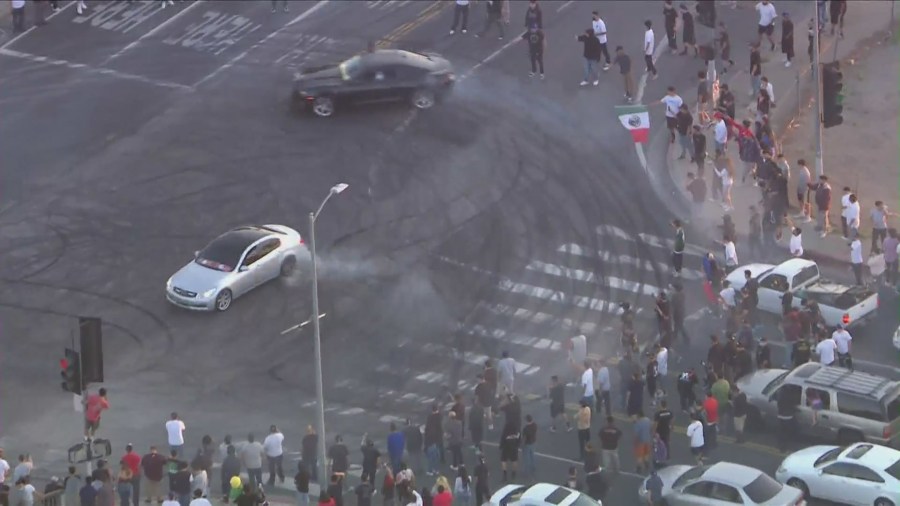 Windsor Hills is just the latest deadly crash where speed was a factor.

State and local leaders are calling it a speed epidemic.

Doughnuts, sideshows and crowds gathering to watch as wannabe drifters spin out in major intersections are leading to injuries and, in many cases, death.

Since 2014, street racing and sideshows have quadrupled in California, especially during the pandemic, as fewer people were on the roads.

In response to the deadly wrecks, in 2020 the Orange County District Attorney’s Office joined 10 other law-enforcement agencies including the California Highway Patrol to form a new anti-street racing task force across the state.

But even with thousands of citations, hundreds of arrests and countless car impounds, it hasn’t stopped some drivers from slowing down.

In L.A. County, Mayor Eric Garcetti‘s goal of ending traffic deaths by 2025 is looking unlikely, as 21% more people died in 2021 than the year prior, totaling nearly 300 deaths.

State lawmakers are working on legislation and funding to combat reckless driving across the region and are looking to enhance charges against offenders.

L.A. man among those killed by lightning strike near White House

Jill Biden to have lesion removed from above right eye

Anaheim police searching for stolen U-Haul with autistic man inside