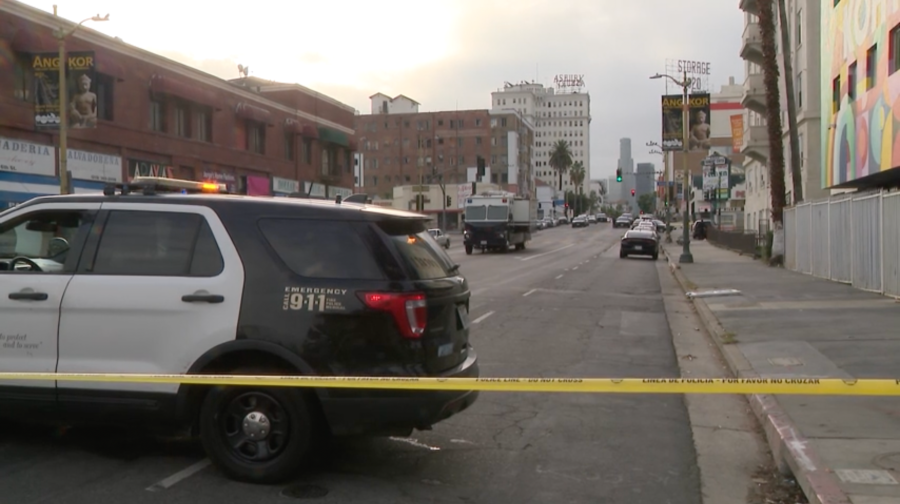 Los Angeles Police Department officers fired on a man who they saw was armed with a firearm Sunday morning.

Officers from the Rampart Division responded to the area of 6th Street and Rampart Boulevard around 3:20 a.m. where they made contact with a man who was allegedly armed with a gun near the intersection.

Details are limited at this time, but police have confirmed that officers fired at the man, who then fled the scene on foot.

Police chased after him and fired on him a second time, fatally wounding him. Paramedics arrived to the area and the man was declared dead at the scene.

He’s been described only as a Hispanic male in his 20s, according to LAPD spokesman Bruce Borihanh.

A semi-automatic handgun was found next to his body, police said. The gun will be booked into evidence as part of the investigation.

No officers or bystanders were injured in the shooting, which remains under investigation. The surrounding streets were closed for several hours while detectives combed the scene.

Additional details were expected to be released later in the day, police said.