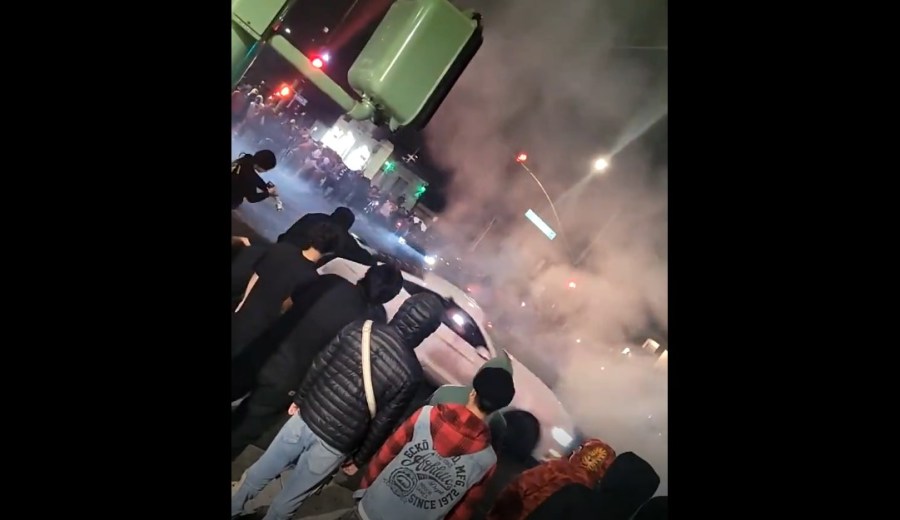 Sideshow events were prevalent throughout Oakland from Saturday through early Sunday morning and the events drew large crowds, according to a statement from Oakland Police Department.

Police state there were as many as 500 vehicles observing the various sideshows, and police estimated there were at least 175 spectators. OPD towed eight vehicles, made seven arrests, and issued four citations in connection with the sideshow, KTLA sister station KRON reports.

Anyone with information about illegal sideshows in Oakland is encouraged to contact the OPD or send a tip to the non-emergency email, [email protected].

Sideshow activity has been active throughout the summer. Last week, KRON4 reported on a sideshow that blocked traffic from exiting a San Jose freeway and another that took over the Bay Bridge. In July, another sideshow drew over 200 vehicles and police issued over 500 citations.