Northbound 5 Freeway will be closed in Castaic for 5 nights, starting Thursday 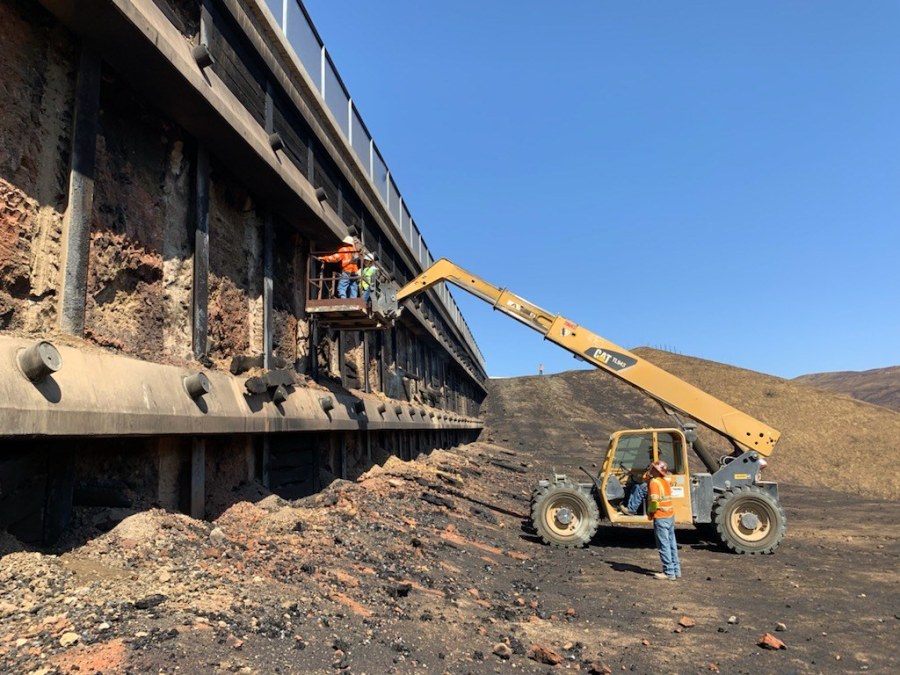 Caltrans plans to shut down all northbound lanes of the 5 freeway in Castaic for at least five nights, starting Thursday, to repair extensive damage caused by the Route Fire.

Two lanes of northbound Interstate 5 have been closed since the fire first erupted on Aug. 31 and following its containment.

“The retaining walls that support the roadway were severely compromised,” Caltrans said in a news release. “The cracks on the asphalt road where it meets the concrete shoulder have widened to two inches. Much of the timber lagging has fallen off the wall while the remaining boards have burned.”

All northbound lanes will be closed from 10 p.m. Thursday until 10 a.m. Friday as contractors place 2,400 feet of asphalt concrete in a section of the freeway that is currently under construction.

The second phase of the work begins Sunday when workers plan to grind the existing asphalt shoulder “to place a structural section for 6,000 feet just north of the concrete section, and to restripe the lanes,” Caltrans said.

The additional closures of NB I-5 are:

Each night of the closure of all northbound lanes, the turnaround gate at Parker Road will be opened to return motorists to southbound I-5.

Lamborghini Steps Up Its SUV Game With Urus Performante

Five of the weirdest things exposed by drying lakes and rivers