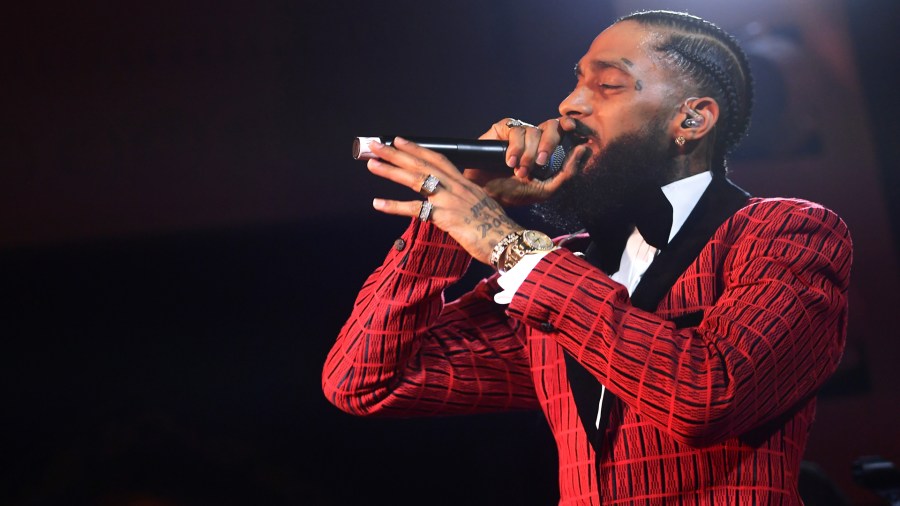 More than three years after the shooting of rapper Nipsey Hussle shook Los Angeles, the murder trial of the accused gunman is set to begin.

The Grammy-nominated artist, whose real name is Ermias Asghedom, was gunned down outside his business, the Marathon Clothing store, in the Hyde Park neighborhood of South Los Angeles in March, 2019.

He died of gunshot wounds to the head and torso. He was 33 at the time.

Eric Holder was identified as the suspect in the slaying the next day, with the Los Angeles Police Department indicating he had been involved with some type of personal dispute with Hussle. He was captured in Bellflower after a nearly 48-hour manhunt,.

Holder was charged with a single count of murder, two counts of attempted murder and one count of possessions of a firearm by felon.

After the rapper’s killing, a large memorial grew outside the Marathon Clothing store as community members mourned the rapper who had become a pillar of the community through his civic work and philanthropy in South L.A.

Tens of thousands of people took to the streets for his funeral procession across South L.A. and Inglewood.

Hussle had made a name for himself as a community activist and entrepreneur in South L.A., where he offered jobs to struggling residents and was working to bring economic development to the blocks around Slauson and Crenshaw Boulevard.

He had recently purchased the strip mall where he was shot, and planned to redevelop it into a mixed-use commercial and residential complex

He was also scheduled to meet with LAPD Chief Michel Moore to talk about ways addressing gang violence and helping youth in the community.

Hussle often spoke about coming of age as a member of the Rollin’ 60s Crips when he was younger.

On the day he was killed, Hussle was signing autographs and taking photos with fans at the strip mall when he was approached by Holder and the pair had a four-minute conversation before the topic turned to snitching, the Los Angeles Times reported in 2019.

“Apparently, the conversation had something to do with [Hussle] telling Mr. Holder that word on the street was that Mr. Holder was snitching,” Deputy Dist. Atty. John McKinney told a grand jury in May 2019.

Holder, who has has pleaded not guilty, faces up to life in prison if convicted as charged.