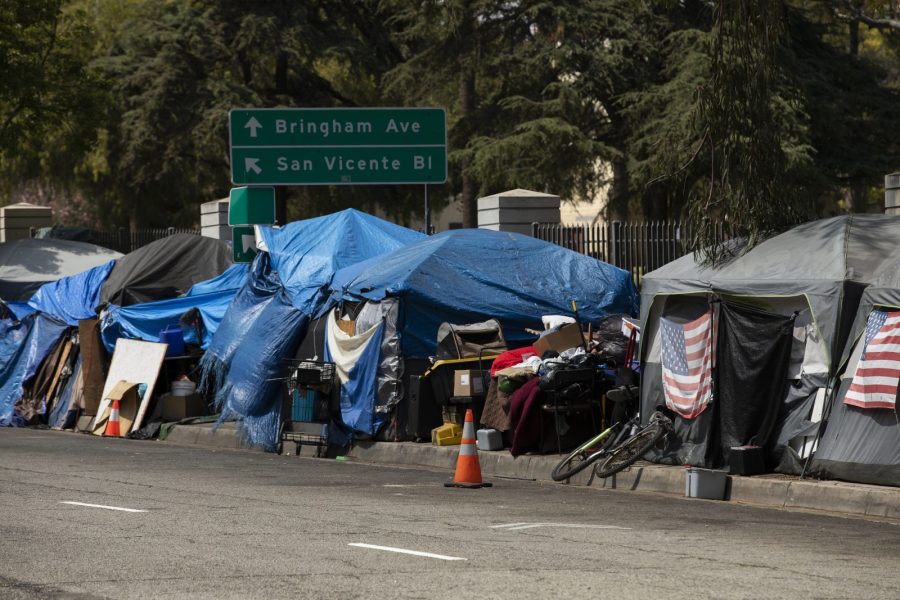 New state funding will be used to term existing buildings into interim and permanent housing for the homeless in Los Angeles.

Gov. Gavin Newsom was in L.A. Tuesday and Wednesday to talk about the program and another initiative, a three-day pilot program that is using six sites to help connect the homeless to services such as getting an ID and connecting with housing options.

“Outreach, so often, is just an office door being open between 9 and 5, but not on holidays. We’ve got to bring government onto the streets,” Newsom said.

Newsom and Mayor Eric Garcetti were at a Mid-City apartment building on Tuesday to discuss the procurement of permanent housing for the homeless.

The Project Homekey program will get an additional $694 million to fund dozens more such developments, Newsom said.

“A new pathway for solving the crisis of our time, homelessness. It’s half the time, half the price,” he added.

The program, which began with motels and hotels during the pandemic, has been expanded to apartment complexes as well.

Gary Painter, director of the homeless policy research institute, added that it’s important to keep an eye on the program’s costs.

“We really do need to keep an eye on how the cost per unit will change over time as, in some sense, the money is chasing harder and potentially more expensive properties,” Painter said.