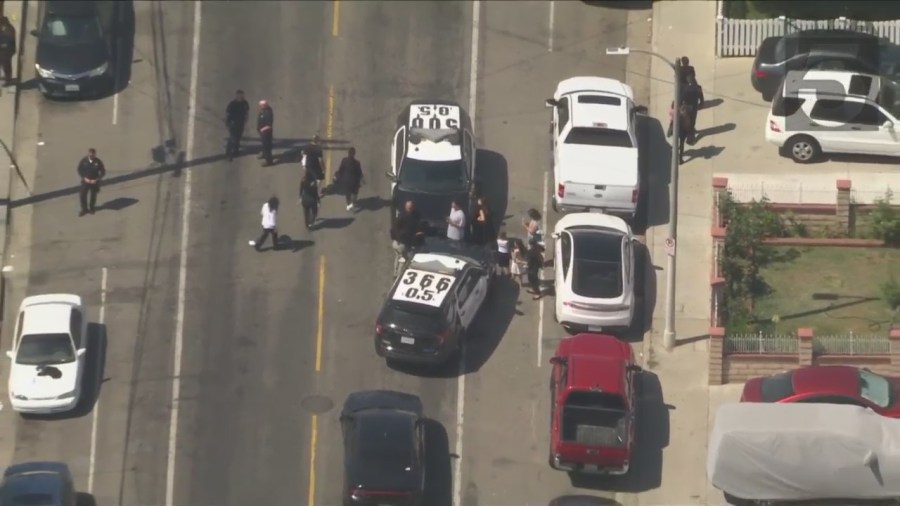 The shooting was reported a few minutes past 2 p.m., and initial reports indicated that two women in their 30s had been hit, according to Officer Annie Hernandez with the Los Angeles Police Department.

Nicholas Prange of the Los Angeles Fire Department identified the scene of the shooting in the 800 block of North Lagoon Avenue.

A third victim was reported shortly after, Hernandez said.

At 2:18 p.m., a woman reported that her son had been shot in the foot on Anaheim Street, which intersects with Lagoon Avenue, added LAPD Officer Tony Im.

Police confirmed that this shooting was related to the one on Lagoon Avenue but have not yet said if this is the third shooting victim reported earlier or if this is a new victim, which would mark the fourth person wounded.

No further information was available.

Young Thug Being Sued From Jail Over Canceled June Concert

Biden draws heat for saying pandemic is over