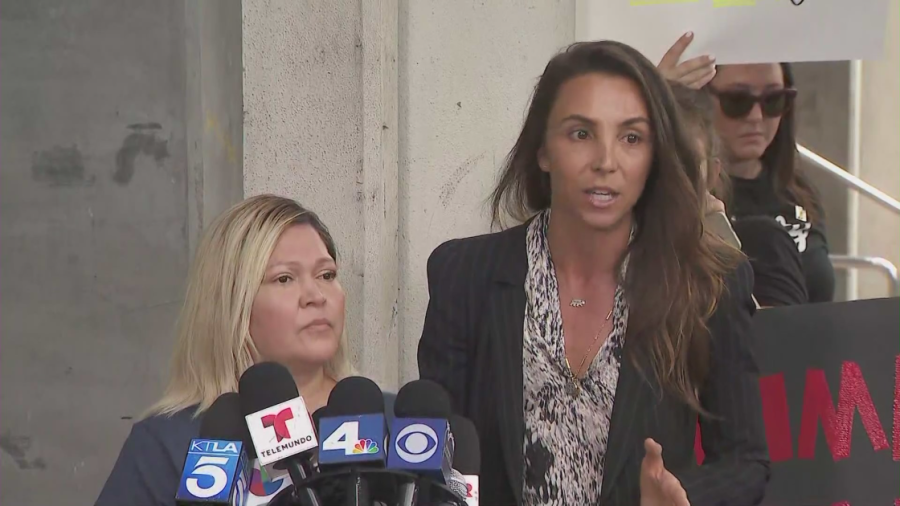 The Los Angeles Unified School District is facing a lawsuit from a family who claims a teenager was bribed into receiving a COVID-19 vaccine at a school without proper consent.

During a news conference Wednesday, the teen’s mother claimed he is suffering from lingering side effects from the shot.

“He is not the same anymore, he is lacking rest, he doesn’t sleep well,” Maribel Duarte said. “He’s not normal to me.”

The lawsuit claims the 13-year-old boy, who attends Barack Obama Preparation Academy in South Los Angeles, was offered pizza to get the shot at a vaccine event.

Duarte said her son was urged to forge her signature to get the shot.

The teenager apparently suffers from asthma and a bleeding disorder, which his mother said is the reason his doctor recommended against the COVID-19 shot.

Duarte now claims his condition has gotten worse because of the vaccine.

“This is not a conspiracy theory, this is not an anti-vax case,” Duarte’s attorney Nicole Pearson said. “This is about parental rights, about having the ability to protect your children.”

Pearson said she has reached out to LAUSD several times and that they have failed to respond.

A district spokesperson told KTLA that they do not comment on threatened, pending or ongoing litigation matters.

California OKs bill to protect workers who use pot at home