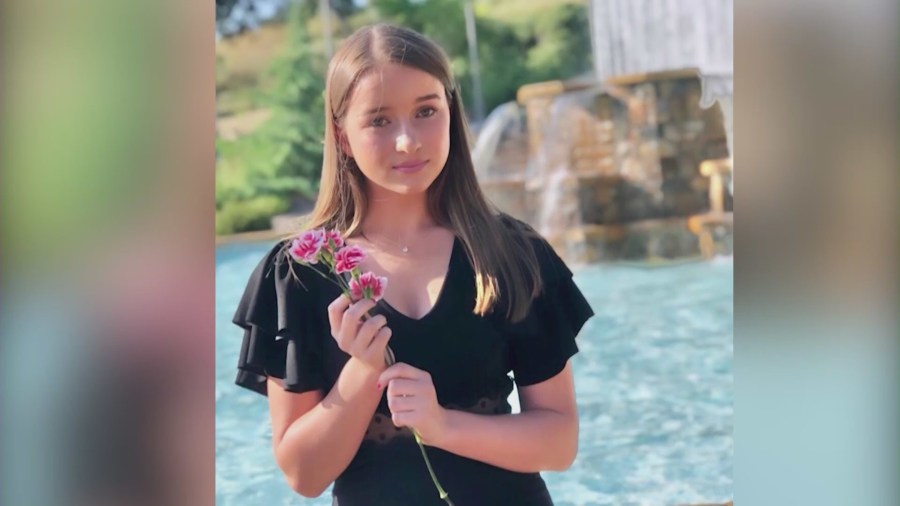 The mother of a 17-year-old girl from Fullerton believes her daughter is the latest victim of a fatal fentanyl overdose.

While Fullerton police have yet to confirm that Trinity Cornejo’s death was fentanyl-related, her mother and family are reeling from the loss and remembering the person the teen was and hoped to be.

Lion’s Field is where Cornejo became an all-star.

“So, this is where she spent a lot of time growing up,” her mother, Chrisa Cornejo said of the field. “Every time she would have a tournament, she would collect a pin. She was a softball player. That was very important to her. She was looking forward to driving, looking forward to graduating.”

Trinity’s mother told KTLA that on Sept. 30, her daughter came home after a night out with friends and went to bed. Her aunt checked on the teen later and found her in bed, unresponsive.

The 17-year-old was rushed to the hospital where she died a day and a half later.

According to her mother, doctors believe it was fentanyl, an opioid 100 times stronger than morphine.

“She didn’t do it on purpose, but she took a risk and gambled with her life and she lost,” Chrisa said.

If fentanyl is to blame for Trinity’s death, she would join a troubling trend of teens thinking they’re taking one thing, but instead ingest the lethal opioid.

In September, 15-year-old Melanie Ramos died in the bathroom of Bernstein High School after she and a friend thought they were taking Percocet. It was laced with fentanyl.

Trinity’s mother said she had conversations with her daughter about drugs and never noticed anything besides what she called normal teen experimentation.

As the Fullerton Police Department continues to investigate, Chrisa is hoping whoever is dealing the laced drugs is taken off the streets fast, before another life is taken away.

“Whoever is out there pushing this poison on our kids, you’re a coward and I hope justice finds you,” she said.

A tree planting ceremony will be held at Lion’s Field, a place Trinity loved, hosted by the softball community, according to Charisa.

High-tech mood ring predicts how your day will go

Authorities in pursuit of stolen vehicle near Pasadena