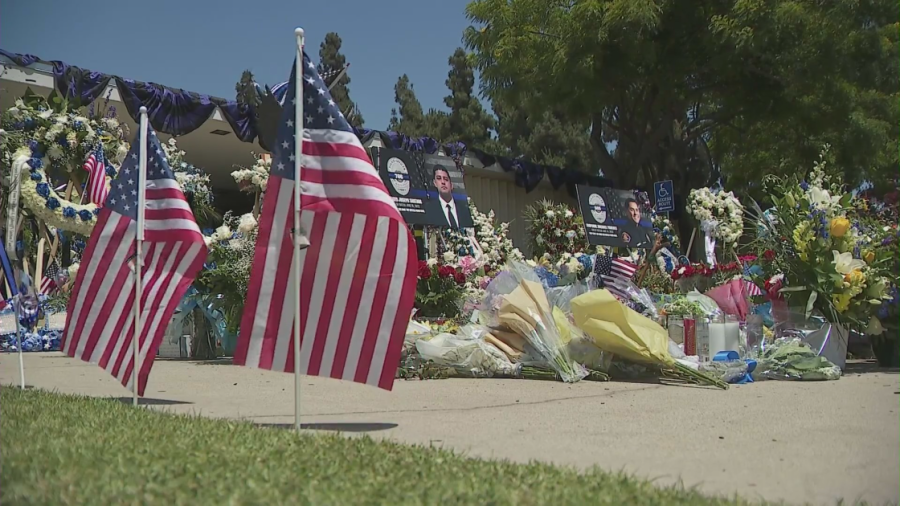 A memorial for the El Monte police officers who were shot and killed in the line of duty will be held in Ontario Thursday morning.

Corporal Michael Paredes, 42, and Officer Joseph Santana, 31, were ambushed by gunfire from inside a motel room as soon as they responded to a reported stabbing at the Siesta Inn in El Monte around 5:10 p.m. June 14.

At one point, the shooter came outside and exchanged gunfire with police.

When the shooting was over, the officers were taken to a local hospital where they were pronounced dead. Both fallen officers were raised in El Monte, were married and had children.

The gunman, Justin William Flores, also died during the gun battle. Medical examiner’s records show he died of a gunshot wound to the head, and the death was ruled a suicide.

Los Angeles County District Attorney George Gascon has faced mounting criticism from some in the law enforcement community, as well as the officers’ loved ones because Flores was out on probation for a gun charge when the deadly fatal occurred.

A procession is being held before the service from the El Monte Police Department to the Toyota Arena in Ontario.

Road closures are expected throughout the route.

What is Scoliosis? – Mission Health Blog

These are the 10 ‘worst’ airports in the U.S., according to Frommer’s

Honda offers free gas to SoCal drivers ahead of Thanksgiving