3 hospitalized after overdosing on fentanyl at… 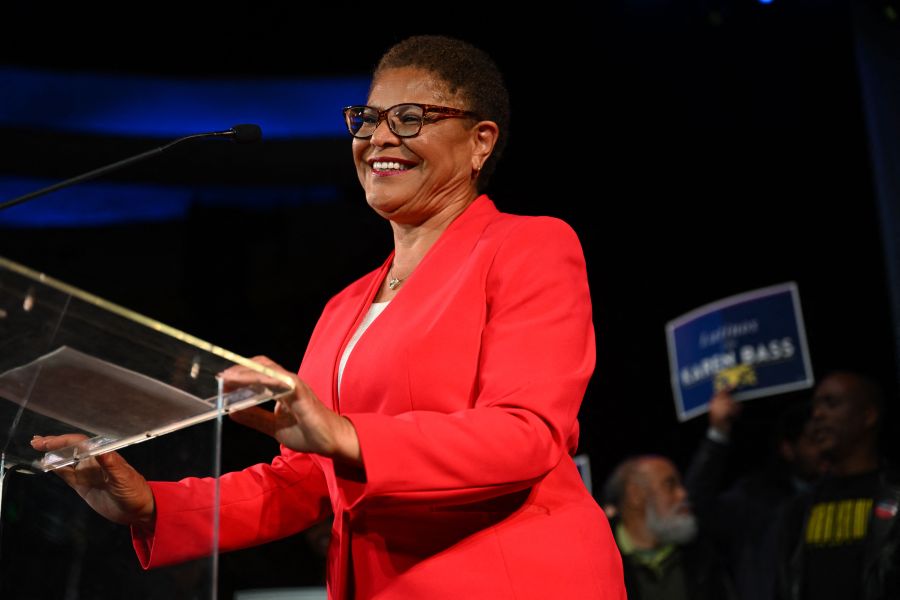 Karen Bass is addressing Angelenos Thursday, a day after declaring victory in the race to be the city’s next mayor.

Bass, who represents the California’s 37th Congressional District, will become the first woman to be elected mayor of Los Angeles and the second Black person to hold the position.

The Associated Press called the race in Bass’ favor Wednesday afternoon after she led real estate developer Rick Caruso by 46,578 votes with 74% of ballots counted.

Caruso carried an overnight lead in the race right after polls closed a week ago, but Bass has since outpaced him and eventually overtook him.

Bass, who previously served as chair of the Congressional Black Caucus, will replace Mayor Eric Garcetti, who is termed out and is awaiting confirmation as ambassador to India.

She has said solving the homeless crisis would be a top priority as mayor.

In a statement on Wednesday, Bass thanked voters who supported her and said she was “honored and humbled to be chosen as the next mayor.

“Los Angeles is the greatest city on earth. I know, if we come together, hold each other accountable, and focus on the best of who we are and what we can achieve, we can create better neighborhoods today and a better future for our children.”

She added that Caruso called her to concede and that she hoped he will continue his “civic participation in the city that we both love.”

In his own statement, Caruso called the decision to run for mayor “one of the most rewarding experiences” of his life.

“We never stopped believing that local government can and should be a force for good, a force that levels the playing ground for everyone, a source of pride and inspiration that helps families achieve the American dream,” Caruso wrote on social media.

Before being elected to Congress in 2011, Bass served in the California Assembly and made history by becoming the first Black woman to serve as Speaker of any state legislature.

She grew up in the Fairfax area of Los Angeles and is a graduate of Cal State Dominguez Hills, the University of Southern California’s school of medicine physician assistant program and the USC masters program in social work, according to her congressional bio page.

She has worked as an activist in the community, a physician assistant and a clinical instructor.

Intruder hospitalized after being shot by homeowner in Moreno Valley

Violent ‘bank jugging’ robberies on the rise in Southern California