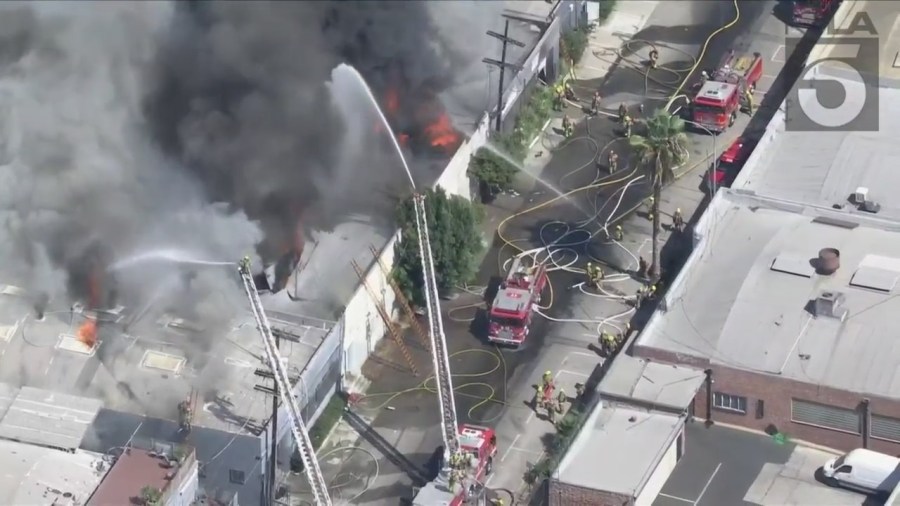 A massive fire ignited in a commercial building in Boyle Heights Monday afternoon.

Firefighters responded to the 2800 block of East 11th Street after the fire was reported around 2:12 p.m.

Aerial video from Sky5 showed flames burning through the roof of the building.

Firefighters were forced to take a defensive mode and fight the fire from the exterior, the Los Angeles Fire Department stated in a news alert.

There was no immediate word on the cause of the fire or whether anyone had been injured.