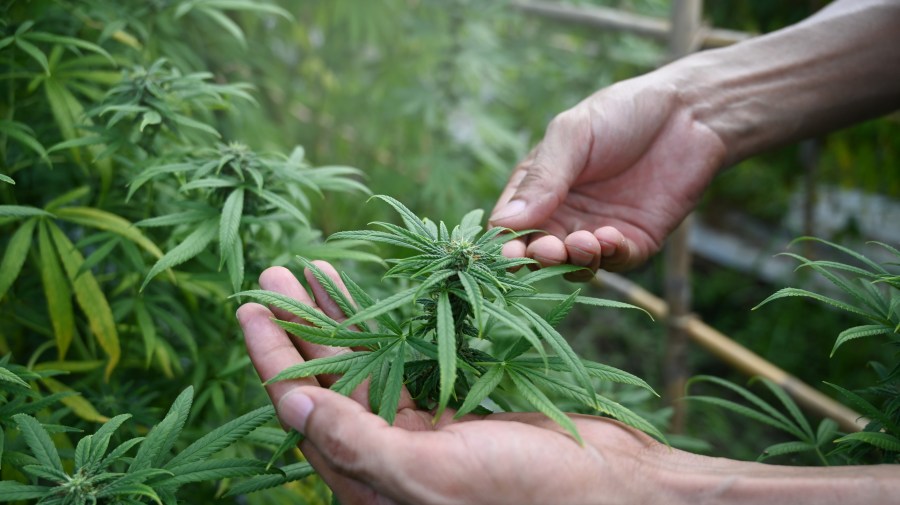 by: Julia Mueller, The Hill via Nexstar Media Wire

(The Hill) – Marijuana use reached a record high in new polling, as for the first time more Americans said they smoke marijuana than reported smoking cigarettes in the last week.

Sixteen percent of Americans in a new Gallup poll reported smoking marijuana, up from 12 percent last year and more than double the all-time low of 7 percent.

Fewer Americans, at 11 percent, reported smoking cigarettes in the past week, down from 16 percent last year and a far fall from a peak at 45 percent in the 1950s.

Nearly half of U.S. adults now report having tried marijuana, up from 4 percent when Gallup first surveyed about its use in 1969.

Despite the increasingly common use of the drug, Americans remain evenly split on whether marijuana is having a negative or positive effect on society.

Yet more than two-thirds of Americans, at 68 percent, think the drug should be legal, a record-high maintained from last year’s polling.

Six states could vote on ballot measures legalizing marijuana in the November midterm elections, and should they pass, will join 19 others in legalizing recreational marijuana.

Conducted July 5-26, the surveys on marijuana and tobacco use polled 1,013 U.S. adults and had a margin of sampling error of plus or minus 4 percentage points at the 95 percent confidence level.

“It Was Actually Very Peaceful That Way”

How Megan Henderson’s L.A. childhood prepared her for KTLA