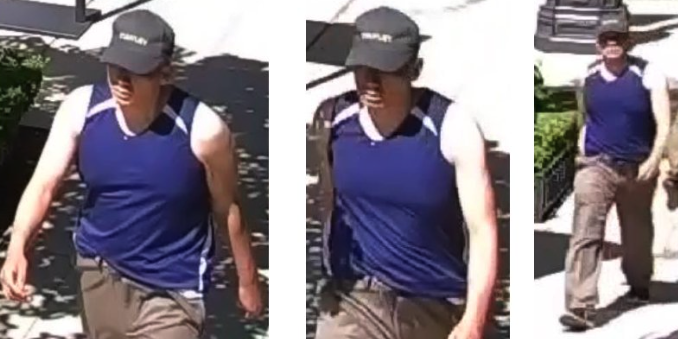 A man who allegedly attacked a 71-year-old homeless man in Glendale “for no reason” last month is being sought by police.

The incident occurred just before 11 a.m. May 10 along the sidewalk of the 200 block of South Central Avenue, Glendale police said Tuesday in a crime bulletin.

The man then left the area on foot.

No other details about the attack have been released.

Police released surveillance images of the man and described him as being between 30 to 40 years old and clean shaven. He was wearing a blue sleeveless shirt, beige pants and a black cap.

He is wanted on suspicion of assault and elder abuse, police said.

Anyone with information about the assault or the assailant is asked to call the Glendale Police Department at 818-548-4911.

Southern California apartment building red-tagged, but some residents have not yet left