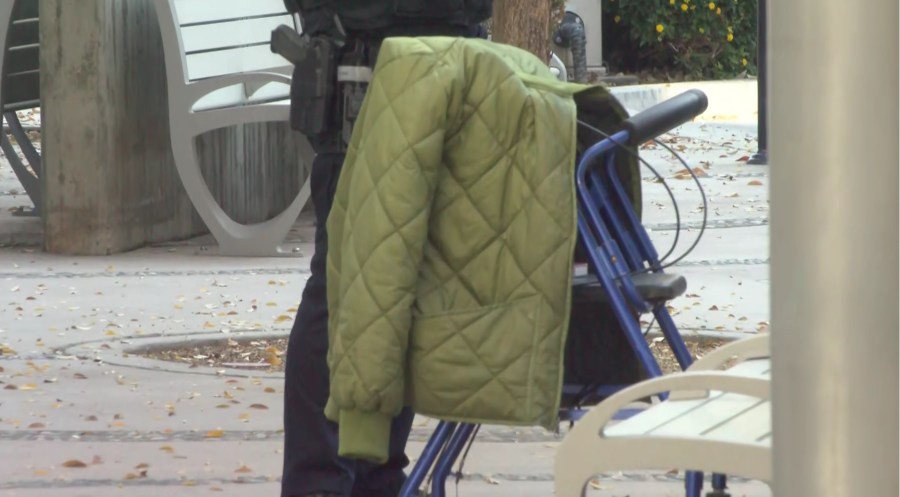 A man using a walker robbed a Downtown Fresno bank on Tuesday, managing to get a short distance away before he was arrested, according to the Fresno Police Department.

Officers say staff at the Wells Fargo bank at Fresno Street and Van Ness Avenue contacted Fresno Police at around 10:30 a.m. to report that a robbery had taken place. The clerk described the suspect as an elderly man with a walker, who approached the counter and provided a demand note. The clerk gave the man around $200 with a tracking device enclosed and the man left the bank with the money.

“He walked up, utilizing his walker, provided a note to the clerk, who gave him the money, and he walked out – with his walker,” said Lt. Bill Dooley.

According to Fresno Police, the hidden tracker was used to locate the suspect a short distance away. He was later taken into police custody.

“He did not get very far with his walker,” added Lt. Dooley.

Officers say the 68-year-old suspect did not have a weapon on him at the time of the robbery. The suspect’s name has not been officially released.

“Love Showed Up, But in a New Way”

Across The Pond, New Discovery & Treasure