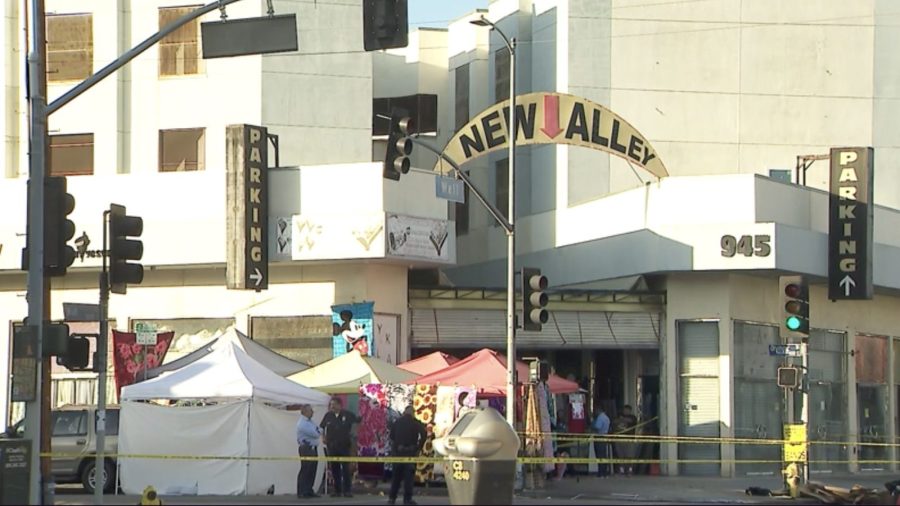 A man died Saturday afternoon after he was stabbed multiple times in downtown Los Angeles, according to the Los Angeles Police Department.

The stabbing happened around 1:15 p.m. at the intersection of Olympic Boulevard and Wall Street near the Fashion District.

Police originally responded to the area for a report of shots fired. Instead they found an unconscious man in his 50s suffering from several stab wounds. Paramedics arrived on scene and declared the man deceased.

At this time, investigators believe the man was involved in an argument with a man and a woman. The argument eventually got violent and the male suspect pulled out a knife and stabbed the man several times.

The couple then fled the area before police arrived.

Police have not released any additional details about the suspects wanted in connection to the deadly stabbing. Investigators are working to determine if the stabbing was gang-related.

The victim has been identified only as an Asian man in his mid-50s, according to police.

Anyone with information about the deadly stabbing is urged to contact the LAPD Tip Line at 1-877-527-3247. Anonymous tips can be submitted at lacrimestoppers.org.