Man pretending to be officer kidnaps 13-year-old boy he hit with truck in Panorama City: LAPD 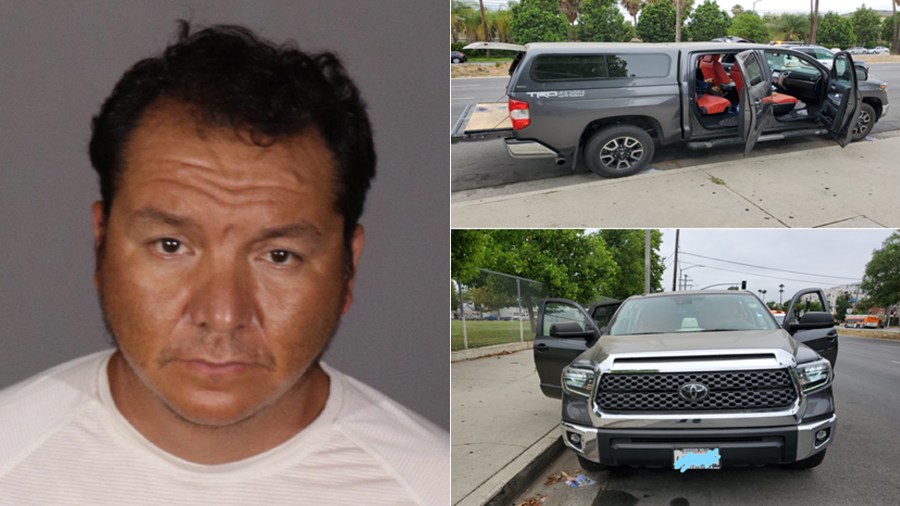 A man pretending to be an officer was arrested Wednesday after allegedly kidnapping a 13-year-old boy he hit with his truck in Panorama City, police said.

The incident occurred about 8 a.m. Wednesday near the intersection of Van Nuys Boulevard and Tupper Street, according to the Los Angeles Police Department.

The suspect, identified as 38-year-old Ottoniel Mendoza, allegedly hit the boy with his 2019 gray Toyota Tundra while the victim was riding his bicycle.

Mendoza then got out of his truck, showed the victim a badge and told him he was a police officer, LAPD officials said.

He then allegedly directed the victim to get into his truck.

A person who witnessed the crash apparently followed the suspect’s truck and called police.

Responding officers were able to find Mendoza’s vehicle in the area of Sepulveda Boulevard and Tupper Street.

Mendoza and another man were inside the truck with the victim at the time and the boy was taken to a hospital for his injuries.

The suspect and the other man were detained and interviewed, but the second man was later released.

Mendoza was eventually booked on suspicion of kidnapping.

Police released photos of Mendoza and his truck in an attempt to identify other possible victims.

Anyone with additional information about the suspect, or believes they may have been victimized by him, is asked to call Detective Bryce Kirk at 818-838-0910.

Students in need of running shoes after thefts