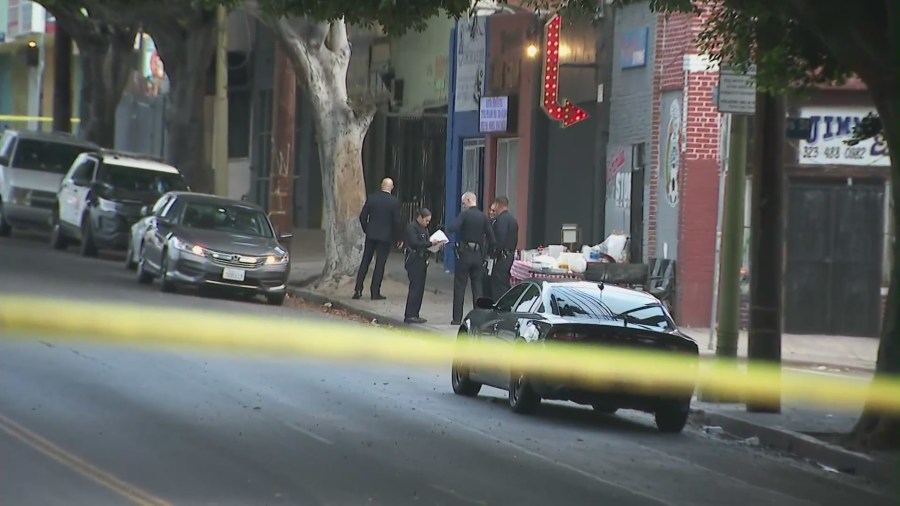 A man opened fire inside a crowded bar in Boyle Heights early Sunday morning, leaving one person in critical condition and wounding five others.

The shooting happened at the Holiday Bar in the 2000 block of Whittier Boulevard around 12:45 p.m.

Witnesses tell police a fight had broken out between several individuals when a man pulled out a gun and fired into the crowd.

“It is unknown who he was arguing with,” Lt. Letisia Ruiz with Los Angeles Police told KTLA. “When he produced the handgun he shot into the crowd and that’s when individuals got struck by gunfire.”

In total, six people, four men and two women were shot, including one victim who was in critical condition.

The suspect, said to be a 25-year-old man, was taken into custody. His name was not immediately released.

Whittier Blvd. between Soto Street and Fickett remained closed Sunday morning due to the investigation.

Progress made, but full containment still days away, officials say

These will be the hottest California counties in 2053