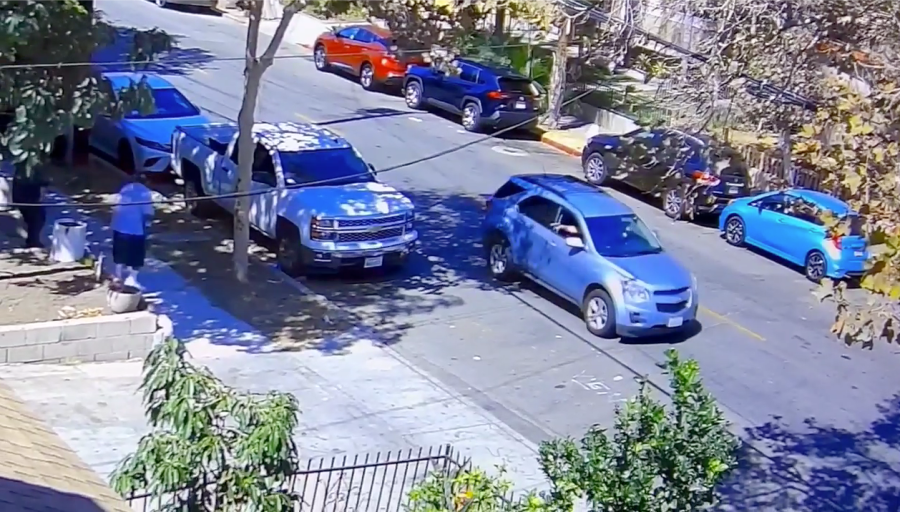 A man was killed in a drive-by shooting in Santa Ana Monday afternoon, police said.

The incident was reported about 3:20 p.m. in the 1700 block of North Spurgeon Street, according to the Santa Ana Police Department.

Responding officers found the victim suffering from a gunshot wound to his upper torso. He was taken to a hospital in critical condition but died.

He was identified as 20-year-old Alex Ruiz.

The shooting is believed to be gang related, and investigators are hoping to speak to any witnesses.

Surveillance video shared with KTLA shows a vehicle pulling up to two men on a sidewalk in a residential neighborhood as someone inside shoots at the victim and the driver takes off.

Police did not give any information about the second person with the victim, or the people in the vehicle that got away. No arrests have been made.

Anyone with additional information about the shooting is asked to call homicide detectives at 714-245-8390 or Orange County Crime Stoppers at 1-855-TIP-OCCS.

Take an Inside Look at the New Queen Mary 2 Kennel