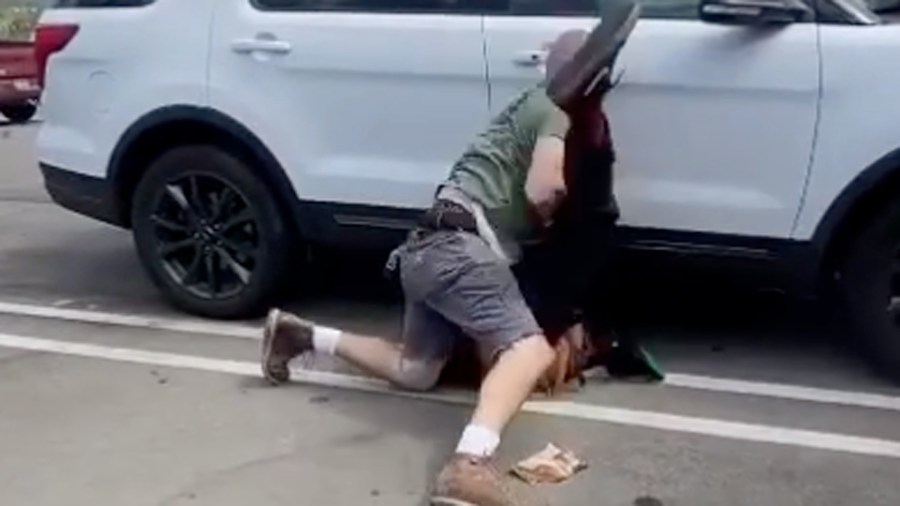 Authorities have arrested a man who was caught on video fighting with a 13-year-old boy in Valencia earlier this month.

The incident occurred around 3 p.m. Aug. 16 outside Havana Savannah, a popular coffee shop in the 24000 block of Copper Hill, according to the Los Angeles County Sheriff’s Department.

Regan Coultas, 46, had been shopping at a nearby Circle K when he became agitated with a group of students who had just gotten out of Rio Norte Junior High, witnesses said.

Coultas allegedly pushed two teens and then followed the group of students across the parking lot before grabbing the 13-year-old boy by the backpack and throwing him on the ground, witnesses said.

Video posted on the Instagram page “whatsupscv” shows the scuffle as the man tried to pin the boy to the ground and against a car.

Some parents tried to intervene, and ultimately Coultas was pulled away.

He left before authorities arrived, but a report was taken and an investigation began.

Coultas was identified as the man seen on the video and he cooperated with the investigation, officials said.

He was arrested Tuesday on suspicion of child abuse and remains in custody. The incident remains under investigation.

‘I’ve Been Battling My Whole Life’