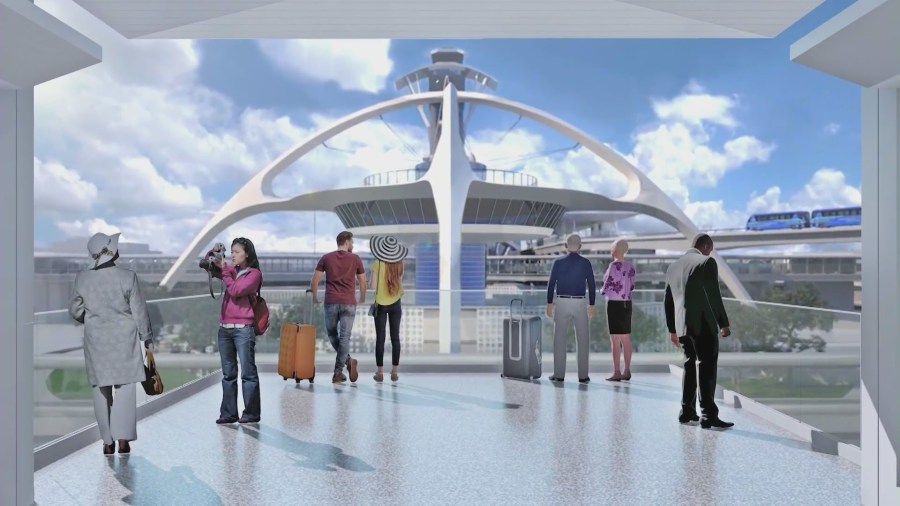 Heading to the airport this week?

Plan ahead as major delays at the Los Angeles International Airport (LAX) are expected to accommodate construction starting this Sunday, Sept. 25.

Multiple traffic lanes will be closed as work continues on a pedestrian bridge running over traffic lanes, connecting fliers to the Tom Bradley International Terminal.

Closures will begin Sunday, Sept. 25 and will run through Oct. 4, affecting both the upper level/departures and lower level/arrivals area.

Construction will mainly take place overnight from 11 p.m. to 7 a.m.


You’ll need a REAL ID soon: Here’s what to know

A larger project in the works at LAX is the Automated People Mover (APM) system which aims to connect travelers to terminals and stations while curbing traffic congestion.

The all-electric driverless train system will run a total distance of 2.25 miles with an estimated cost of $15 billion.

The trains will transport people between terminals along with a new economy parking facility and a new rental car structure opening on 96th street. The tram will also stop at Aviation Blvd. to service the new Crenshaw metro line slated to open later this year.

Officials say the PeopleMover system will be operating sometime in 2023.

Beyoncé Will Reportedly Embark on the Renaissance Tour Next Summer

Police respond to shooting at 4th of July parade in Chicago