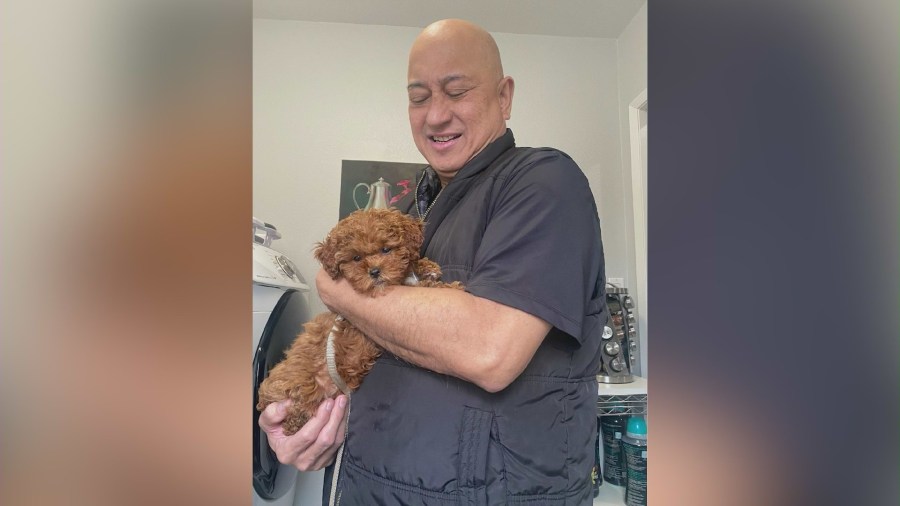 A community came together on Tuesday night to remember the 11 victims killed in a mass shooting at the Star Ballroom Dance Studio in Monterey Park on Saturday.

A candlelight vigil was held outside the entrance of the Star Ballroom Dance Studio. Locals gathered to share in their grief and anguish, devastated in the wake of a senseless tragedy.

The location is where, just days earlier, a gunman opened fire, killing eleven people and injuring nine others.

The family of victim Valentino Alvero, 68, is remembering a loving grandfather of three, who enjoyed ballroom dancing and connecting with people in his community.

“I’d like to think that he danced his way to heaven,” said Kristenne Reidy, Alvero’s daughter.

“This place was just a big part of our lives and I never thought it would take this kind of turn,” Kristenne said tearfully. “I’m standing by his van. I just can’t believe it’s still here.”

Authorities continue to search for a motive behind the mass shooting that marred Lunar New Year celebrations in the predominately Asian community just east of downtown Los Angeles.

The gunman, Huu Can Tran, 72, of Hemet, died from a self-inflicted gunshot wound during a standoff with law enforcement roughly 25 miles from the scene.

“Her father came here all the time,” said Skyler Reidy, Alvero’s son-in-law. “The last time we were in there was the night before we got married and it’s just heartbreaking to see a place that brought so many people so much joy, become the site of a tragedy like this.”

A second vigil was held outside Monterey Park City Hall where hundreds of people gathered to honor both the victims and the survivors.

“I think it’s reinforced my idea of, ‘This is one strong community. We are all here together,’” said a vigil attendee.

As the community continues to mourn and heal, Kristenne says she’ll hold on to the fond memories of her father as she recalls their last conversation.

“[He said] He’s proud of me, that he’s lived a good life, that he’s ready to go, that he’s so grateful,” said Kristenne.

Alvero’s family has created a GoFundMe page to help with funeral expenses.

GoFundMe has consolidated fundraising efforts with a Lunar New Year Victims Fund and a How to Help page.

Another candlelight vigil will be held outside the Star Ballroom Dance Studio on Wednesday night beginning at 6 p.m.

Bella Ramsey Gay: Game Of Thrones Fame Finally Opens Up About Her Sexuality!