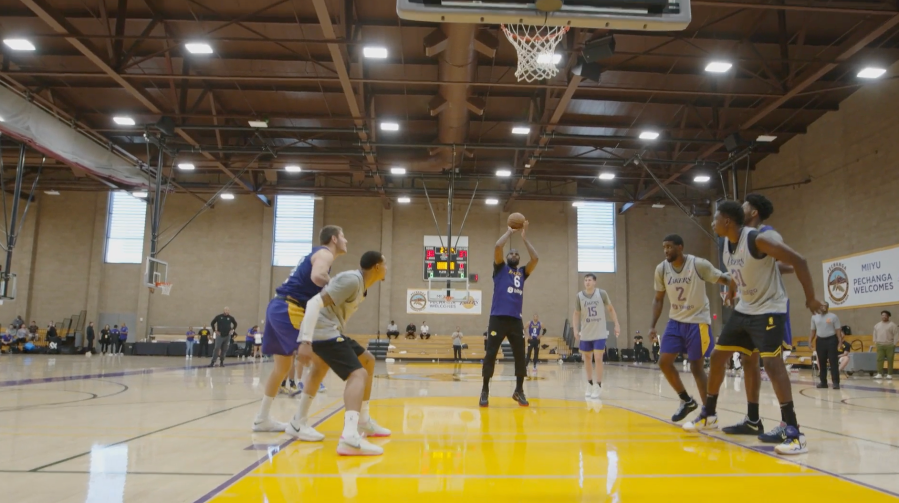 The Los Angeles Lakers held their final practice Saturday before officially kicking off the 2022-23 season.

The Lakers held an open practice at Pechanga Reservation near Temecula to get one last look at the squad before Monday’s preseason opener against the Sacramento Kings at the Crypto.com Arena.

For LeBron James, Anthony Davis and Russell Westbrook, the beginning of the new season comes with the same core of stars, but with a new head coach calling shots.

Ham will be tasked with finding a way to make the pieces surrounding James and Davis work, including what exactly to do with the much-maligned Westbrook, whom they acquired in a blockbuster trade with the Washington Wizards only 14 months ago.

Reports throughout the summer indicated the Lakers, only two seasons removed from winning the NBA Finals in the Walt Disney World bubble in 2020, explored multiple avenues to move Westbrook, whose fit alongside L.A.’s proven stars has been anything but seamless.

But regardless of what was and wasn’t discussed over the summer, the Lakers’ “Big Three” remains in tact for the time-being and Ham appears to be betting on a change in philosophy and a shakeup to the team’s starting five to get the most out of his roster.

Early signs point to the Lakers starting guard Kendrick Nunn and center Damian Jones alongside the three NBA All Stars, according to ESPN.

Nunn will be hoping his second season in L.A. goes better than the first, in which he missed the entire season due to a lingering knee injury. Jones returns to the Lakers for the second time after he was signed by L.A. in the summer after finishing last season with the aforementioned Kings. Patrick Beverley, recently acquired by L.A. in a trade with the rebuilding Utah Jazz is likely to factor into the rotation as well.

Davis will also try to shake off the injury bug, having missed more than half of the last season with various knee, ankle and wrist injuries.

For LeBron James, Monday’s preseason game will also serve as the official beginning to his 20th season in the Association. Perhaps the biggest storyline for James this season will be his pursuit of Kareem Abdul Jabbar’s record as the most prominent scorer in NBA history.

During Saturday’s practice, fans at the Pechanga Reservation court got to watch the new(ish)-look Lakers for the final time before the season begins for real(ish).

Davis told reporters he was happy to get to perform in front of the fans at the reservation, take photos and give them a taste of Lakers basketball.

Before Lakers practice officially began, the coaching staff put about 50 kids ages 5 through 18 through a few basketball drills as part of the Lakers Youth Foundation clinic. The event was free and open to Tribal children.

This is the eighth time the clinic has been held at Pechanga — the first since 2018, the tribe says.

“It’s cool thinking that I’m playing on the same court as LeBron,” said Adrian Flores, a 14-year-old Lakers fan who participated in the clinic. “I have a video of him dunking. It’s so cool to see, I mean it’s like a once-in-a-lifetime thing.”

The Lakers take on the Kings at Crypto.com Arena in downtown Los Angeles on Monday at 7:30 p.m.

His girlfriend suffered heat exhaustion while hiking; he died trying to get her help