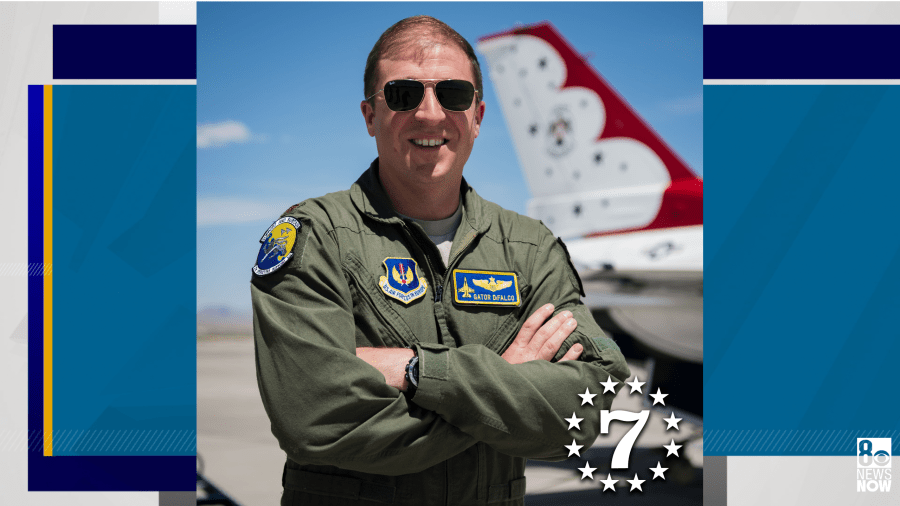 Kevin DiFalco faces seven counts of lewdness with a child under 18, and one count of child abuse or neglect, according to Las Vegas Justice Court records.

DiFalco was commander of the 57th Operations Support Squadron and an F-16 pilot assigned to Nellis Air Force Base. Due to the allegations of personal misconduct, DiFalco has been removed from his position, according to a base spokesman.

“The 57th Wing Commander, Brig. Gen. Richard Goodman, relieved the 57th Operations Support Squadron Commander Sept. 8 due to allegations of personal misconduct,” the spokesman said. “Lt. Col. Kevin DiFalco was arrested at his off-base residence Sept. 8 and is under investigation by the Las Vegas Metropolitan Police Department, in coordination with the Air Force.”

An LVMPD spokesman said details from the case would not be released due to a juvenile being involved.

DiFalco posted bond Friday. According to court records, “probable cause existed for the defendant’s arrest. Therefore, the defendant’s biological specimen shall be submitted to the appropriate forensic laboratory for genetic marker analysis.”

On an Instagram page for Lt. Col Kevin “GATOR” DiFalco, there are more than 50 posts that appear to be on-the-job.

A caption on the most recent post on June 9 includes, “DAY 1 at 40 years old was amazing — just another day following the dream. Yesterday was a great day to celebrate my 40th with family and friends.”

DiFalco spoke to Nexstar’s KLAS last year about the Thunderbirds.

“The energy is always high,” he said. “Kids are screaming and yelling and jumping up and down with excitement.”

'I do my job. I go the f— home': Worker's TikTok rant goes viral