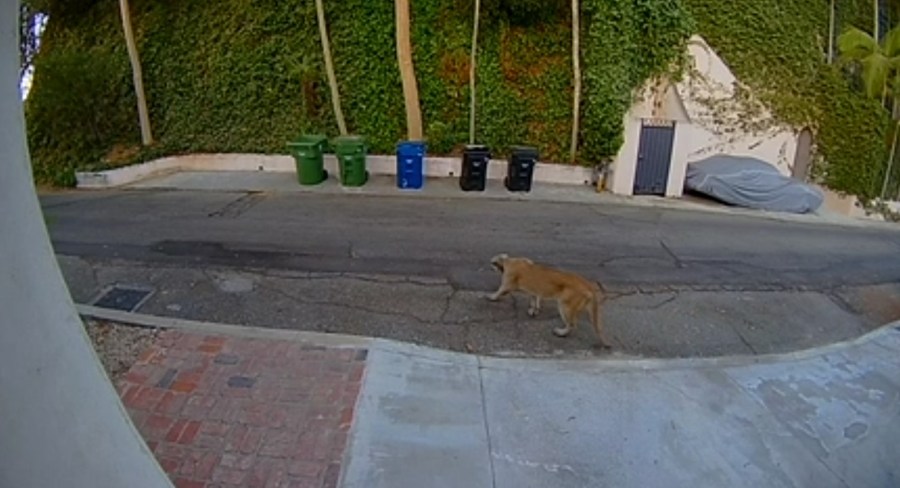 Instead, it was a full-grown mountain lion, most likely P-22, aka. “L.A.’s most famous feline.”

The puma, who resides mostly in Griffith Park and is believed to be about 12 years old, was apparently caught on a doorbell camera walking down a residential street.

Video from one home shows the cougar strolling down the street in the daylight, then heading the other direction in the darkness by sidewalk, then by stairs.

“It’s wild. It’s wild. You hear of it, but usually there’s so many people out between the cars or people jogging or walking their dogs, you don’t think it would come around our part of the neighborhood,” said Jeff Drew, who lives in the area.

While the National Parks Service has yet to confirm if this particular lion is P-22, it seems likely, given the cat’s size and the monitoring collar visible around its neck.

While the area is no stranger to bobcats, deer, skunk and other creatures, “rarely do you see a cat that big,” Drew added.

“It’s the big news. I thought it was exciting,” he said.

P-22 was spotted outside a Hollywood Hills home in April.