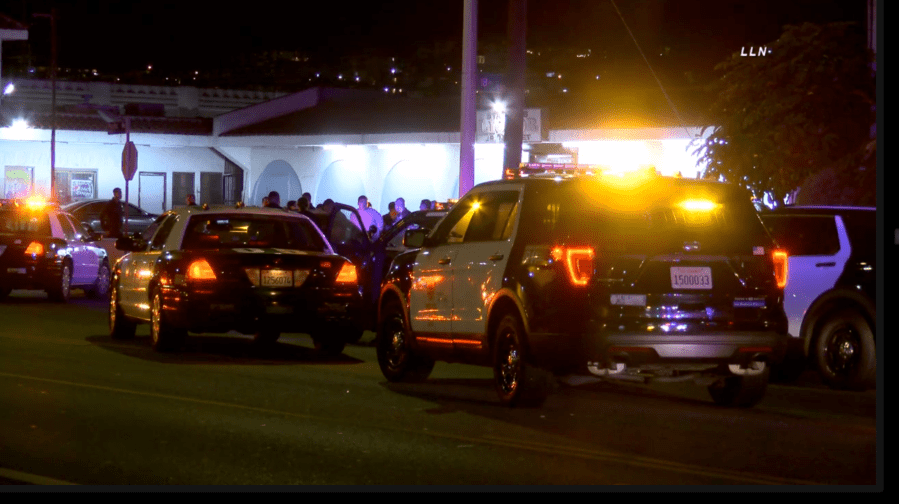 A man was transported to the hospital with a gunshot wound to the hand after he was shot by Los Angeles police officers late Friday night.

The shooting happened around midnight near the intersection of Pacific Avenue and 18th Street in San Pedro.

According to the Los Angeles Police Department, patrol officers approached a parked vehicle with four people inside.

During the stop, one of the men in the vehicle allegedly got out and removed a handgun from his waistband, according to LAPD Captain Ben Fernandes.

Police immediately “began to give commands in order to take him into custody,” although police allege that the suspect refused their commands and lunged toward their vehicle.

Officers then opened fire on the man, who was struck in his left hand. He was transported to the hospital for treatment of his wounds and is expected to be arrested upon his release.

The circumstances surrounding the shooting are under investigation. It’s unclear how many times the man was hit by gunfire or how many officers shot at him.

The man’s weapon remained at the scene while police investigated. Pacific Avenue between 16th and 19th streets was closed for several hours as part of the investigation.

No officers or bystanders were wounded during the shooting.

The three other occupants of the vehicle were detained, Fernandes said.

Crypto ATMs are popping up throughout California