LAPD officer who died was beaten in training meant to ‘simulate a mob,’ mother claims 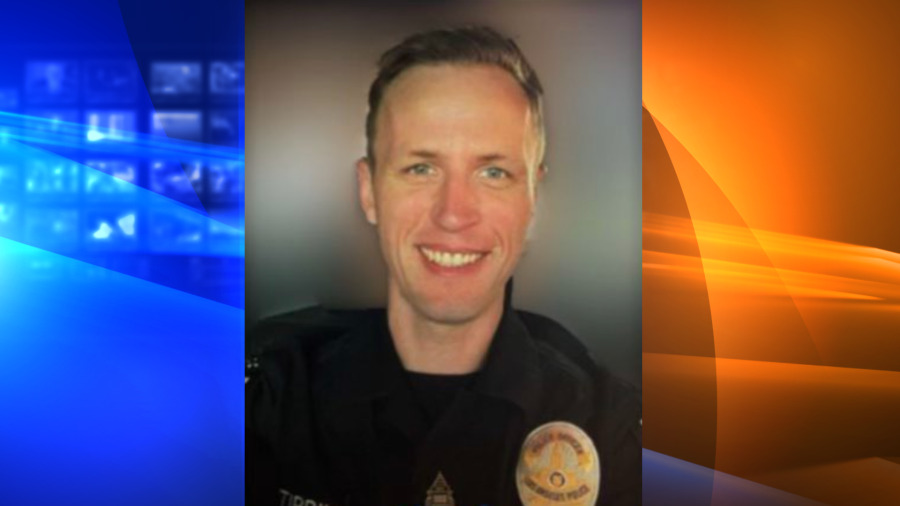 A Los Angeles police officer who died of neck injuries suffered during training had been beaten by fellow officers in an exercise meant to “simulate a mob,” according to a wrongful-death claim filed against the city by his mother.

Houston Tipping, 32, was hurt May 26 at the police academy and died three days later. His funeral Wednesday was attended by police Chief Michel Moore and Mayor Eric Garcetti.

Tipping’s mother, Shirley Huffman, filed her notice of claim against the city Friday, alleging wrongful death and civil rights violations, the Los Angeles Times reported. Such claims are often a precursor to lawsuits.

Huffman alleges her son was “repeatedly struck in the head severely enough that he bled” and that he suffered multiple breaks in his neck, which caused his death.

The claim also alleges the training exercise “had already been questioned” before Tipping was hurt because of injuries suffered by other officers, according to the Times.

Capt. Kelly Muniz, a police spokesperson, told the newspaper that the department could not comment on the claim. The department has launched its own investigation into the incident — in part to determine whether “there are any changes that need to be made,” Muniz said.

Tipping, a five-year department veteran, had worked as a patrol officer in the San Fernando Valley.

Boston Hospital Worker Accused Of Throwing Out Body Of Premature Baby With Soiled Linen, Mother Says They “Threw Her Out Like Trash”

Is Charlie Carver Gay? Find Out About His Sexuality & Personal Life