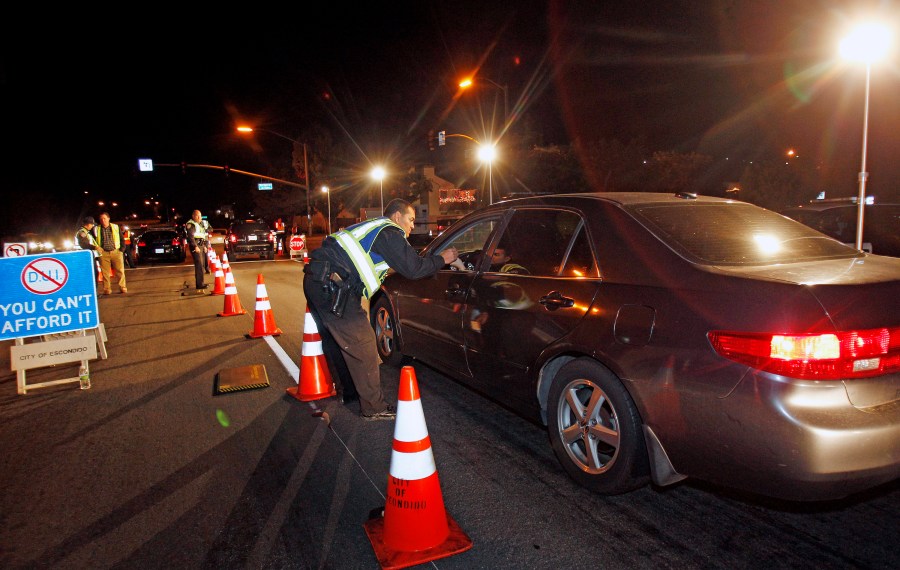 The number of DUI arrests over the Labor Day Weekend continues to add up.

The Maximum Enforcement Period began on Friday, Sept. 2, and will continue through 11:59 p.m. on Monday, Sept. 5.

During the Maximum Enforcement Period, officers are focusing on traffic violations and looking out for those that are suspected of driving under the influence of drugs or alcohol.

“Alcohol-and drug-impaired driving continues to be a leading cause of traffic fatalities and injuries in California, and the moment an impaired driver gets behind the wheel, they put themselves and every other person on the road in great danger,” CHP Commissioner Amanda Ray said in a news release. “The CHP is committed to enforcement and non-enforcement strategies, including education and community engagement, to ensure the highest level of safety for everyone traveling throughout California during the holiday.”

During the 2021 Maximum Enforcement Period over Labor Day weekend, officers also made a total of 985 DUI arrests and issued over 6,000 speeding tickets statewide. During that weekend, 43 people were killed in car crashes on California roads.

The California Highway Patrol reminds those who are drinking over the holiday weekend to have a designated driver or use a ride-share service.

According to a news release from the California Highway Patrol, the Maximum Enforcement Period coincides with the National Highway Traffic Safety Administration’s “Drive Sober or Get Pulled Over,” campaign that continues through Sept. 5.