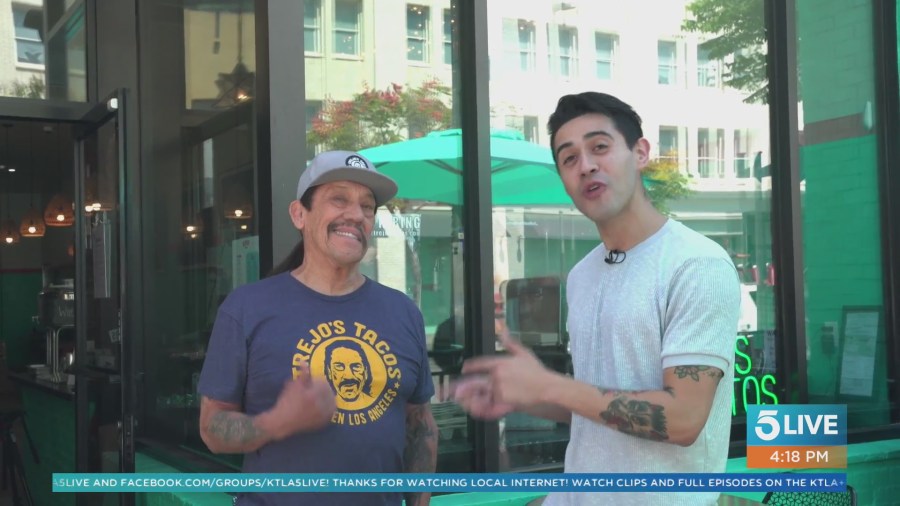 Danny Trejo has starred in over 300 movies, has a donut shop in Hollywood and has just opened his third Trejo’s Tacos location, this time in Santa Monica.

Trejo has gone from a former convict to a meathead who used to flex on the sands of Muscle Beach in Venice, to a world famous actor and now a bonafide entrepreneur.

Trejo opened his first cantina in 2016 and quickly expanded after smash reviews from fans and the community. What started as a favor for a director of the movie trilogy “Badass” became a certified business plan and eventually evolved into what is now known as Trejo’s Tacos.

Fans can score delicious tacos, burritos and quesadillas infused with recipes passed on from the Trejo family crafted with healthier ingredients and non-GMO sourced products.

Visit Trejo’s Tacos at any of their three locations or visit their Instagram to keep up with their latest menu.

Attorney for Man Who Killed Nicki Minaj’s Father Admits Client Got A Bit of a Break with One-Year Jail Sentence, But Says It Wasn’t Substantial

Two Homeless People Killed After Driver Crashes Into Their Tents