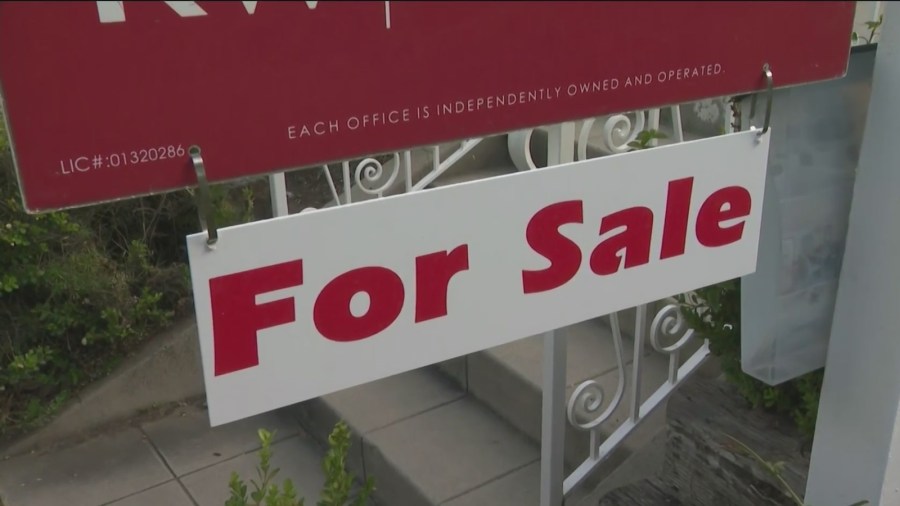 The competitive housing market in the United States continues to be a major roadblock for people looking to buy homes. In many places, homes go on the market and within just a few days are sold for thousands above asking price.

Perhaps nowhere has that problem been seemingly more prevalent than in the greater Los Angeles area. The demand for homes skyrocketed during the COVID-19 pandemic, and at times, it feels like that’s continued well into 2022.

But a new study released by real estate giant RE/MAX shows the total number of homes sold dropped drastically over the last year compared to the year previous, and the homes that are on the market are sticking around longer.

The study shows that nearly 25% fewer homes were sold in Los Angeles from May 2021 to May 2022, compared to that same timeframe the previous year.

That 24.4% year-over-year decrease in homes being sold is the biggest decline among all metropolitan areas in the nation, according to the study.

May is one of the busiest months for homebuyers according to RE/MAX, but despite this, the entire nation saw an 8.5% decrease in homes being sold this year versus last May.

The reason for the decline in sales? It’s probably due to increased inventory and higher mortgage interest rates.

James Sanders is a broker and owner of RE/MAX Estate Properties in Los Angeles. He says the frenzy of appreciation on the housing market was “not sustainable” and says he expects the market to become more stabilized.

“The rising interest rate environment has returned the LA housing market to a more typical real estate market,” Sanders said. “We’ve seen a drop in demand from 10 to 15%. Our inventory is up 36% from last year but still more than 75% below our typical pre-pandemic levels.”

Sanders said homes are staying on the market longer, most for 40 days or longer. During the peak of the “frenzied market,” homes were being snatched up in around 25 days. Sanders also said homes are seeing a handful of offers on competitively priced homes, versus the dozen-plus offers being made on every piece of property in the recent year and beyond.

But don’t expect prices to plummet because fewer houses are being sold and demand seems to have cooled off. According to RE/MAX, homes sold in Los Angeles over the last year sold for 3.3% over asking price. That’s an increase of 3.8 percentage points from 2021, when homes sold for 99.6% of the asking price.

“We don’t see prices correcting as they did during the great recession,” Sanders said. “Homeowners have too much equity in their properties and as a result, we don’t see a large distressed sale market.”

So fewer homes are being sold, fewer offers are being made and homes are staying on the market longer. But prices still continue to rise despite these factors, at least for now.

“Even with interest rates hovering around 6%, they are still historically low, and Los Angeles real estate has historically been an excellent investment,” Sanders said.

The decrease in home sales isn’t limited to Los Angeles. Just down south in San Diego, home sales declined by 20.4% during that same timeframe.

Below are the top five markets that experienced the largest year-over-year decrease in home sales from May 2021 to May 2022.

Halloween candy prices will be more trick than treat

Unregulated crypto was great, until it wasn’t