L.A. City Council to meet amid calls for members heard in racist leaked audio to resign 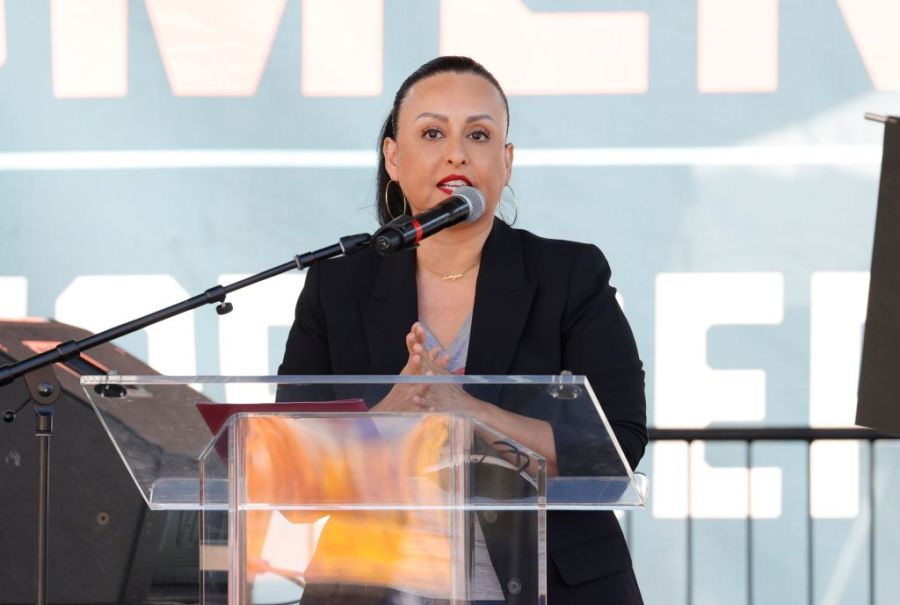 Tuesday’s City Council meeting is scheduled for 10 a.m. and is the first since the scandal involving councilmembers making racist comments broke over the weekend.

Councilmember Nury Martinez was on an Oct. 2021 meeting about redistricting with fellow members Gil Cedillo and Kevin de León, and union leader Ron Herrera, when Martinez made offensive comments about the adopted son of councilmember Mike Bonin.

“And then there’s this white guy, with his little Black kid, who’s misbehaved,” Martinez can be heard saying before she says the child looks “like a little monkey” in Spanish. “They’re raising him like a little white kid, which, I was like, this kid needs a beatdown.”

Martinez can also be heard making racist comments about L.A. District Attorney George Gascón because he is “with the Blacks,” and about Oaxacan Koreans, which Martinez referred to as “short, dark people.”

Martinez resigned as council president on Monday but her decision to keep her council seat has drawn further criticism, including calls for her, Cedillo and de León to step down.

“Resign from the council, all of it. We should not have anyone serving that is not about the whole community,” Assemblywoman Tina McKinnor, who represents Inglewood, said at a press conference Monday.

Speaking at a different press conference, Councilman Mitch O’Farrell spoke out with a similar sentiment.

“It is unconscionable and it is not something I think we can get through unless the individuals involved resign from office,” he said.

Price said the resignations of those involved was a way to start the healing process.

The union leader who was on the call, Ron Herrera from the Los Angeles County Federation of Labor, has resigned from his position as the union’s president.

How a Taylor Swift tour thrust antitrust concerns into the spotlight