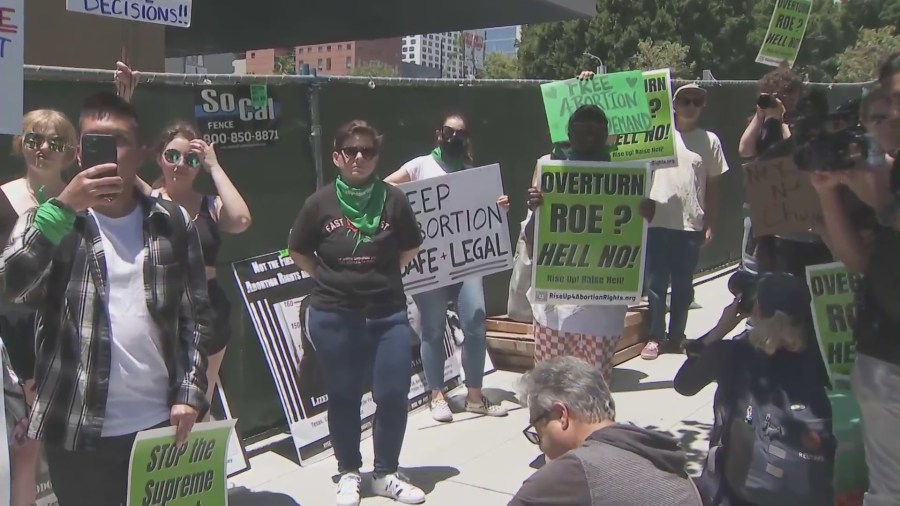 Americans began taking to the streets across the nation Friday after the Supreme Court struck down Roe v. Wade, handing states authority to drastically limit or ban abortions.

By 1 p.m., a crowd had formed for a demonstration in front of the federal courthouse in downtown Los Angeles.

Rallies are also planned for 6 p.m. at the intersection at Hollywood Boulevard and Highland Avenue in Hollywood and 7 p.m. at 647 N. San Vicente Blvd. in West Hollywood.

In California, Gov. Gavin Newsom pledged to take action on legislation to protect patients and providers in California against abortion bans in other states.

Netflix Terminated 300 Employees In Second Round Of Company Layoffs