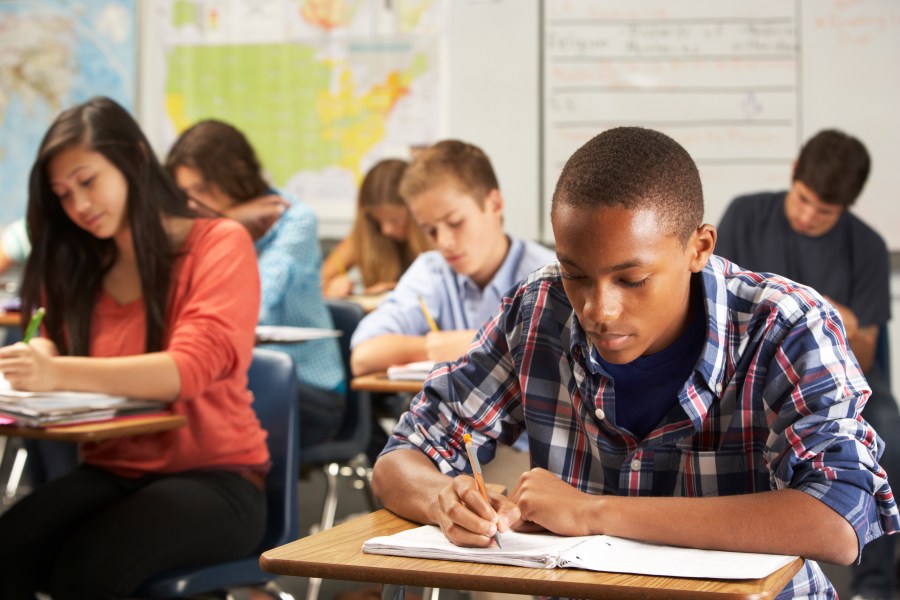 Millions of California youth will have the opportunity to sleep a little more this school year (or, at least, stay up a little later) as Senate Bill 328 goes into effect.

Rural school districts are exempt from the new requirements and zero periods can still start earlier than the times outlined in the law.


L.A.’s morning commute is about to change dramatically

The bill, introduced by State Sen. Anthony Portantino (D-La Cañada Flintridge) was co-sponsored by the nonprofit Start School Later and the California State Parent Teacher Association. The reason for the new law was sleep deprivation, a problem that has gotten so bad nationwide that the Centers for Disease Control and Prevention has declared it a “public health epidemic.”

Sleep deprivation is correlated to anxiety, rates of which have also gone up in recent years, and may increase chance of diabetes, high blood pressure, heart disease, obesity, antisocial behaviors and early death, according to research.

“The final decision on start times is approved at the local level and families should contact their school for details and information pertaining to their student,” Jonathan Mendick, a spokesperson with the California Department of Education, said.

“Before the pandemic, SFUSD schools began the day at 19 different times, ranging from 7:40 to 9:30 a.m.,” she said. “This was unusual for school districts and presented logistical challenges for families and school communities.”

There’s another cost-saving benefit to this system, Dudnick added: “Spacing out school start times also allows the district to use buses more efficiently. SFUSD saves about $3 million each year in transportation costs, which can instead be spent on directly supporting students. Since start times are spaced out by 50 minutes (7:50, 8:40, and 9:30), each bus can be used to transport students to three different schools.”

Indeed the logistical complications of redoing bus service is one reason why rural districts are exempt from the law.

Raj K. Rai, the director of communication for the San Juan Unified School District in Sacramento County, said the district has already moved up start times before it was required to.

“What happened was back in 2016 at San Juan we started getting feedback and communications about start times being early at our district and across California,” Rai said. “In 2017, our board began a plan to adjust times by five minutes over the next three years at each school that started before 8 a.m., to align them into the 8 o’clock hour.”

This plan began with the 2017-2018 school year, Rai said, and faced some resistance because it pushed back extracurricular activities and sports later into the afternoon, but they made the adjustments slowly in five-minute increments.

“There were concerns from parents about adjusting start times, and so I think that’s where the five minutes came in,” Rai said.

While some California school districts got ahead of the law and pushed start times back over the past several years, the law formally went into effect on July 1, making the 2022-2023 school year the first year these later start times are required.

When Is The Second Season Coming? Release Date Out?