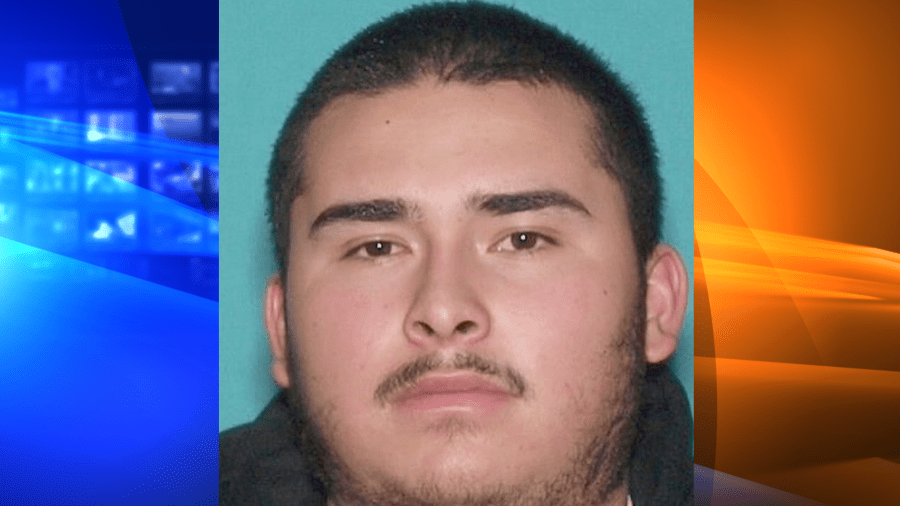 Authorities are searching for a 22-year-old man who is believed to have fired his gun in Fontana and hit an innocent bystander.

The suspect has been identified as Javier Torres who was among two groups who got into a fight at Boston’s Restaurant and Sports Bar on Sierra Lakes Parkway on Aug. 13.

The fight spilled out into the parking lot around 1 a.m. when Torres, who authorities say is a known gang member, allegedly pulled out a gun and fired several times before fleeing the scene.

One of the bullets struck the side of a 21-year-old woman who just happened to be driving through. The wound caused her to lose control of her car and crash into a fire hydrant.

People working at nearby businesses told KTLA that the atmosphere in the busy shopping center completely changes when the sun goes down.

“It does get pretty rowdy,” said Cynthia Gomez who works nearby. “We had an accident that happened before. Someone that came from [the bar], they actually drove into our place of work right before our grand opening. So we had that happen, we’ve had windows broken, just different things that happen there.”

“I saw water gushing out and the police and it was all taped off and there were cones everywhere,” Lopez told KTLA.

Lopez asked police if there was anything she needed to be worried about as the owner of a nearby business.

There are two bars in the area and other business owners and neighbor have voiced their own concerns.

“It’s not a good feeling when we leave here being our place of business and my livelihood, and my family’s — It’s a family business,” Lopez said. “For us to not feel protected with what’s going on. We’ve heard several stories, probably every weekend that this sports bar is very rowdy at night when we’re gone.

Authorities say the woman injured in the shooting has suffered “life-altering” injuries. She remains in critical condition in the intensive care unit.

Investigators have served several search warrants in search of Torres, but he continues to evade capture. He is considered to be armed and dangerous, police said.

Anyone with information about the shooting or Torres’ whereabouts is urged to contact the Fontana Police Department at 909-350-7740.

Get 50% off Subway sandwiches for 1 month — here’s how

Simone Biles among assault victims seeking $1B from FBI over Nassar