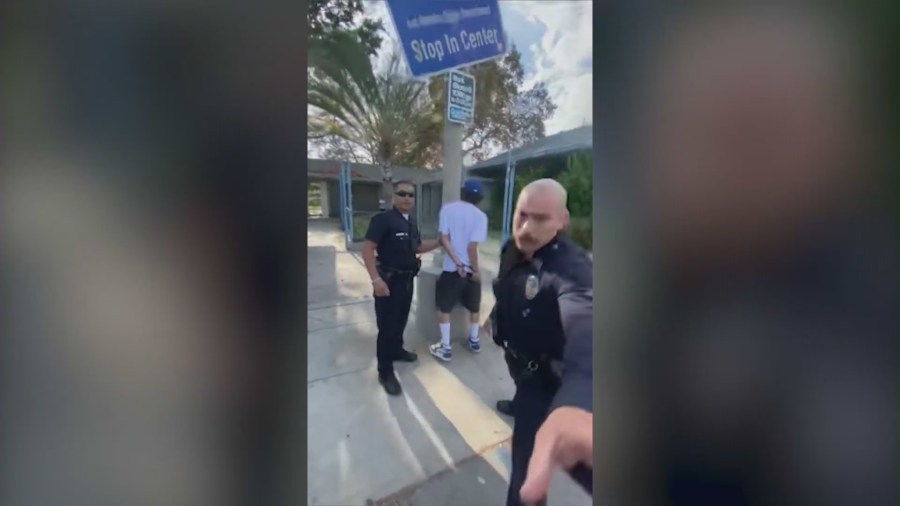 An event designed to bring the Los Angeles Police Department and community members closer together in Harbor City may have done the opposite.

However, when officers handcuffed another man, Cortez began filming with his cell phone, and that’s when he says officers came at him.

“Just because I was recording, I didn’t do anything else. I didn’t step in his way or nothing,” Cortez said.

Video shows Cortez asking why he’s being detained, and a crowd around him seems worried about his safety and screams for him to comply with officers.

Meanwhile, another officer pulls out a bright green taser and points it at the crowd.

“It completely escalated. It went too far. They were supposed to deescalate the situation, calm everyone down and they didn’t,” said Rocio Gonzales, Cortez’s mother.

Gonzales said her son was not resisting arrest, but rather reacting as any normal person would in that situation.

“How would you feel if someone is putting their hands on you and they have no right to touch you?,” she asked.

Harbor City Neighborhood Councilmember Jennifer Corral, who witnessed the scuffle, said the event was intended to bring the area together, but instead, the situation has been inflamed further.

“It’s to keep the kids off the street, to keep them away from getting in trouble like that, and the police officers come in and assume they know what’s going on,” she said.

LAPD did not respond to emailed questions.

The Top 10 most destructive California wildfires since 2000

How a Taylor Swift tour thrust antitrust concerns into the spotlight