Is Disney magic running out? KTLA viewers think so 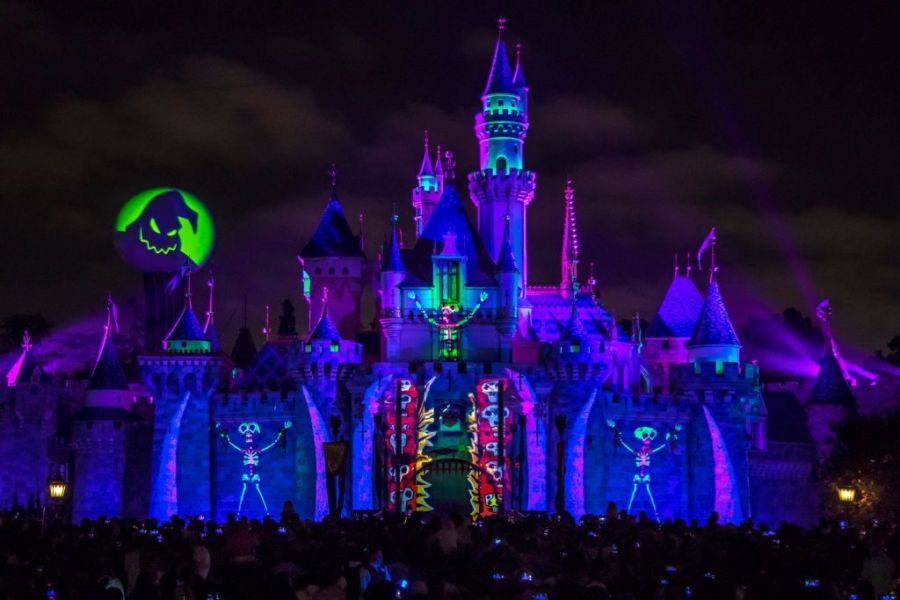 Rising prices and charging for things that were once free appears to be making the magic fade at Disney parks. At least, according to many of our readers.

A recent poll of Walt Disney World fans found more than two-thirds feel like the park has lost its magic. Most blamed that missing feeling on the ever-changing ticket prices and questions about the affordability for families.

According to the poll, which was conducted by gambling website time2play, 92.6% of those surveyed believed the cost of a Walt Disney World vacation is out of reach for an average family.

That got us thinking — how do Disneyland fans feel about the park in 2022?

Utilizing both comments on our social media pages, as well as an Instagram poll, fans of the original “Happiest Place on Earth” are feeling a similar fading opinion about the current and future state of Disney parks.

Commenters cited the confusing “Magic Key” system, with blockout dates and required reservations, as one recent change that makes a day at Disneyland feel less spontaneous, and thus, less fun. Losing free access to “Fast passes” as the park shifts towards it’s Genie, Genie+ and Lightning Lane experiences, was another hangup for Disney fans. A small percentage complained about the park phasing out some previous attractions that no longer represent modern societal sensibilities.


This is the best brunch spot in California in 2022, according to Yelp

Ultimately, though, it comes down to price for the vast majority of people who chimed in.

The cost for standard one-park day tickets at Disneyland cost about $149 for Sept. 16. Standard Disneyland tickets range between $135 and $165 through the month of October, per Disneyland’s website.

For some, especially those with large families, that’s just too much to justify.

“Park admission for a family of four is almost $1,000. Parking, food, gas and souvenirs at least another $500. I don’t know about other people, but my job hasn’t raised pay to cover the rising inflation,” one reader on Twitter wrote.

For many, the cost of tickets in 2022 can’t come close to compare to what they paid years ago.

“When I went to Disneyland a couple months back, I spent about $300. That includes the ticket. When I was a kid, the admission for an adult was $30. Now it’s $149,” another reader responded.

Once a regular destination for Southern California residents, a lot of longtime Disney fans say they are priced out entirely, despite special deals for locals.

“Only rich people can afford to go to Disneyland these days. The so-called ‘discount’ for people living in California is a joke, since you have to buy a three-day pass to get it. I’m on a limited income, and Disneyland has become nothing more than a fantasy for me!”

And even if prices weren’t climbing, new costs and restrictions are putting a damper on the experience for some.

“It’s not just the entry tickets that are steep. You have to pay for Fast Passes now. They restrict when you can hop parks. They nickel and dime guests. Price of food and drinks is also crazy. And, no matter when you go, the park is packed,” one reader wrote.

“Having Fast Pass, and now their new line shortcut system where you have to pay extra, are the big downsides,” another said.


MagicBand+ coming to Disneyland this fall

Many former Annual Passholders, some of the most loyal Disney enthusiasts, say they won’t renew their passes until the price of the new Magic Key system comes down to Earth back to the level of their beloved AP memberships.

“I had a pass for years and I let it expire a few years ago. As things are right now I would not get a pass again. Prices have always been high, but it wasn’t so blatantly a cash grab,” one former AP holder said.

“It’s the stupid reservation and paying extra for Disney Magic plus etc. We had been annual passholders for over 25 years before this nonsense. Keyword: had,” a Facebook user wrote.

And while Disney has focused on bringing the park into the digital age, some older visitors feel as though they are being left behind.

“I’m sure Walt Disney is rolling over in his grave. Disney has priced the lower class and a lot of the middle class out of ever being able to attend and you have to be tech savvy to navigate their rules and reservations systems,” a Twitter user wrote.

Still, though, there are plenty of Disney devotees willing to come to bat for the Walt Disney’s crowning achievement.

“I am a Disneyland annual pass holder and my daughter and I just did a week at Walt Disney World this past summer. Neither one is cheap but both are magical and amazing experiences,” a Facebook user wrote.

Another reader who emailed in wrote that “Disney has always been expensive,” dating back to the park’s old ticketing method that allowed for cheaper entrance but required tickets to be purchased for individual rides.

One reader, who was not too happy with the results of the Walt Disney World poll and used a few pejoratives to get that point across, said “the parks have millions of visitors, and the survey was a miniscule amount of Disney guests.”

But don’t expect the clock to strike midnight any time soon. Magic or not, Disney parks don’t seem to be suffering from a lack of demand. Reservation days are still being snatched up and Magic Key passes are selling out.

And although attendance is actually down compared to before the pandemic, profits are soaring, according to the Wall Street Journal.

Disney is concerned less about how many people are coming to the parks, and more focused on how long they stay and how much they spend while they’re there, the Journal wrote.

So is the magic gone at Disneyland? It depends who you ask, but Disney’s ability to change, update and think of new ways to change the experience — while keeping demand high and maximizing profits — is arguably it’s own form of sorcery.

Editor’s note: Some of these responses have been edited for readability and clarity.

Who is the woman on California’s Great Seal?