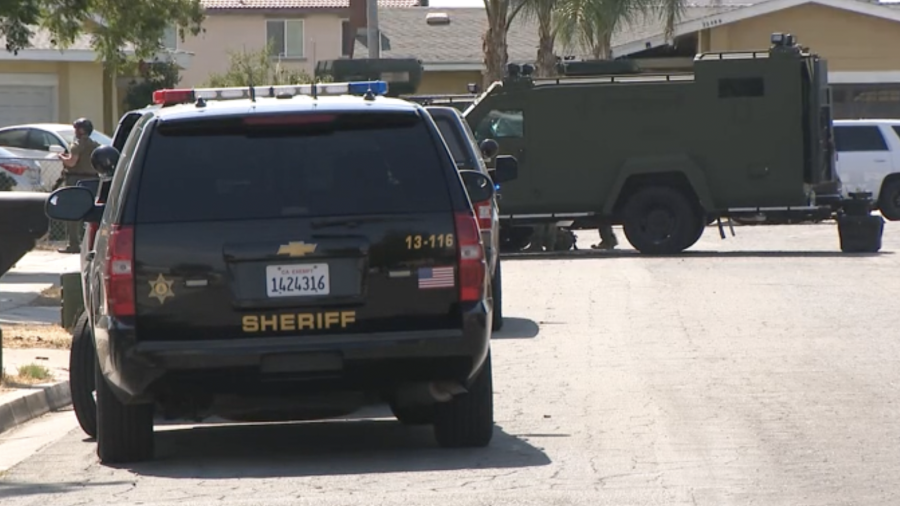 The Riverside County Sheriff’s Department is investigating after a woman’s body was found inside a home in Moreno Valley.

Around 11:15 a.m., deputies responded to the 25000 block of Billie Drive to perform a welfare check. Loved ones alerted authorities that they hadn’t heard from family members at the residence for several weeks.

Deputies entered the home and discovered a deceased woman inside. They also heard a gunshot from somewhere in the home, Sheriff’s Department officials said.

Deputies then evacuated the home and set up a perimeter around it as they evacuated nearby homes.

At this time, it’s unclear who fired the shot inside the home or if there were other injuries.

Neighbors told KTLA that an elderly couple lived in the home, but were seldom seen.

“Haven’t seen her in years, years. Literally haven’t seen the wife in years, seen the husband maybe once every couple of months,” said Cristina Will, who lives nearby.

A bomb squad and SWAT team were also in the area, and a law enforcement robot was seen entering the home at one point.

Officials described the scene as an active and ongoing investigation, and people were urged to avoid the area.

By 5 p.m., Sheriff’s Department officials announced that there was no longer an active threat and some units were released from the scene.

It’s unclear at this time if authorities are investigating the incident as a homicide.