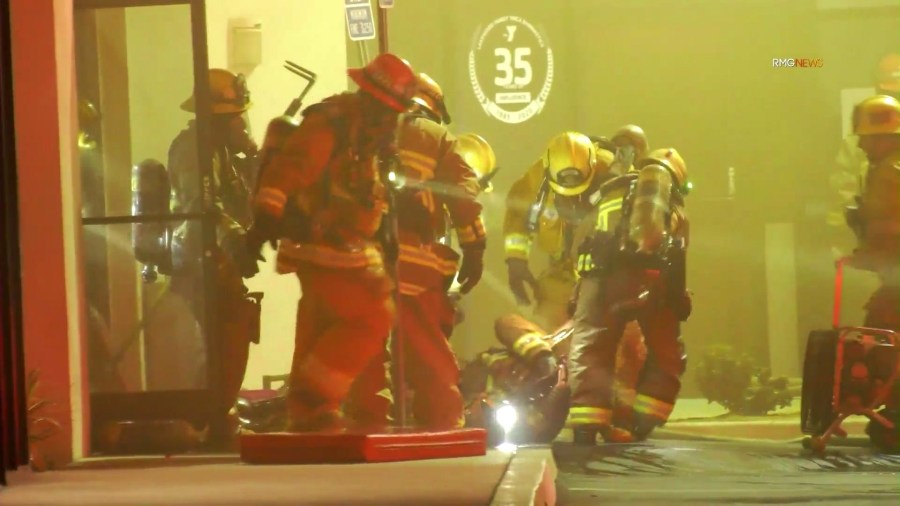 A firefighter had to be pulled from a burning building in Lakewood where one person was later found dead Thursday morning.

The incident was reported shortly after 1:30 a.m. in the 4100 block of South Street.

Smoke was coming from one of the buildings when Los Angeles County firefighters arrived at the scene of a strip mall.

One firefighter who went inside did need medical care and made a call for help, Los Angeles County Fire Department Captain Chiyoshi Hasegawa said.

Video showed the injured firefighter being dragged out of the building. The firefighter was transported to Long Beach Memorial Hospital in unknown condition, another Fire Department spokesperson said.

“I know that the firefighter is talking … As far at the extents of his injuries I’m not sure,” Hasegawa said.

Firefighters did eventually extinguish the blaze.

Another person, described only as a male, was located inside the building. That person was pronounced dead at the scene, a Fire Department spokesperson confirmed.

Take an Inside Look at the New Queen Mary 2 Kennel

How much will you get? Inflation relief checks coming soon