‘I failed him’: Mason Reyes’ mother mourns what could have been done to save her son’s life 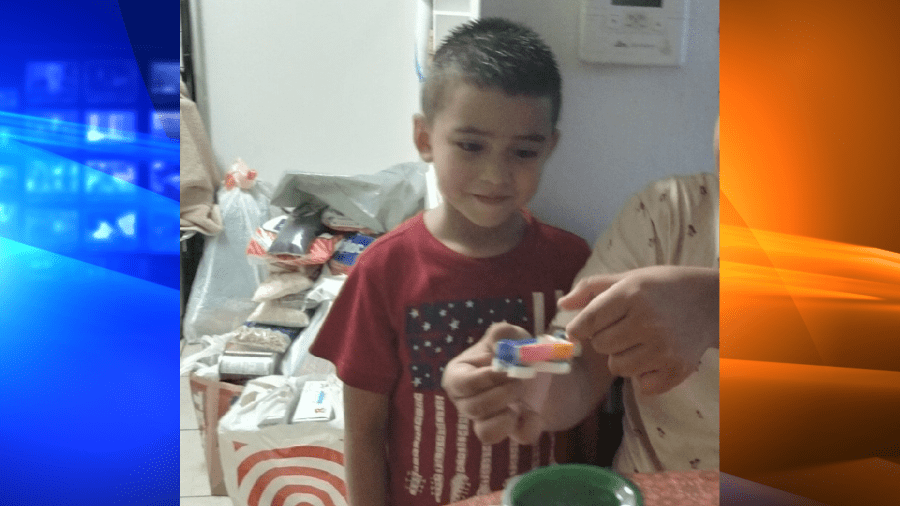 A grieving mother is speaking out after her 5-year-old son died – a tragedy she says could have been averted if police, social workers and family court judges had stepped in.

It’s been almost two weeks since Sogui Godinez lost her son, Mason Reyes. On July 25, authorities found him unconscious in a bathtub in an East Hollywood apartment.

The boy’s father, Darwin Reyes, has been charged with murder and assault on a child in connection with the death.

The L.A. County District Attorney’s Office also says Mason had injuries on his face, but it is still unclear how exactly he died.

Mason’s mother believes his death could’ve been prevented – telling KTLA that the system that is supposed to protect children failed her and her little boy.

Godinez said she reported the father’s violent behavior towards her and their son numerous times over the last several years.

At times, Darwin Reyes would strike her and choke her, and he would hurt Mason, she said.

“I spoke to one of the social workers. He came to a visit one time with his fingers burned,” she said.

Godinez has battled alcohol and drug abuse in the past, and she and Mason’s father split up not long after Mason was born – and the court gave the father full custody of the little boy

“LAPD failed him. The department failed him. I failed him. I feel like I could’ve done more,” she said. “What could possibly a child do to you to make you hurt him in that way you know? He needs love.”

Godinez said the day before Mason was discovered unresponsive in the bathtub, she was supposed to meet him at his favorite neighborhood McDonald’s, but Darwin Reyes was beating him, and she could hear that during a phone conversation.

“Like the phone fell or something, you know, and Mason was like pleading, begging, ‘No Papi! No Papi! I called 911 and reported that I had heard him beating my child over the phone,” she said.

She says police came to the father’s apartment and ultimately determined that despite the reports of abuse, no injuries were found.

“Too many kids are dying, some that we don’t even hear of. And this is going to keep on happening if nothing is done.”

Godinez believes her troubled background may be a reason her cries for help were ignored, but she plans to seek legal assistance and fight for her son.

The family is raising money for Mason Reyes’ funeral on GoFundMe.