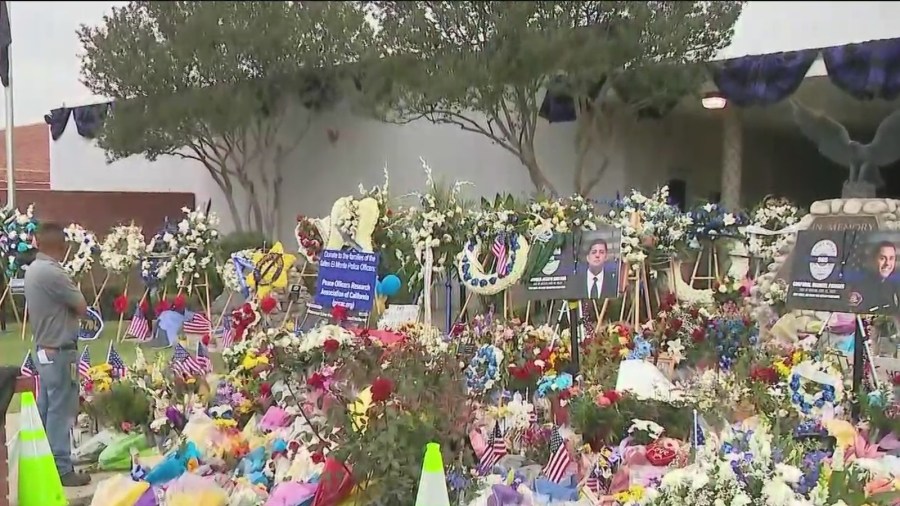 The City of El Monte is continuing to mourn the loss of two police officers who were killed in a shooting earlier this week.

A candlelight vigil is expected to draw hundreds of visitors to the El Monte Police Department/Civic Center Saturday night as the community continues to grieve the deaths of Cpl. Michael Paredes and Officer Joseph Santana.

The two officers were shot and killed while responding to a call at a motel in El Monte Tuesday afternoon.

The gunman, identified as Justin William Flores, was initially thought to have been shot and killed by responding officers, though the Associated Press reported on Saturday that he “died of a gunshot wound to the head and the manner of death was suicide, according to online records of the Los Angeles County Department of Medical Examiner-Coroner.”

A spokesman for the DA’s office said Flores’ sentence was “consistent with case resolutions for this type of offense given his criminal history and the nature of the offense.”

Saturday’s vigil is being held on the steps of the El Monte Civic Center located at 11333 Valley Blvd. It begins at 7 p.m. and the public is invited to attend.

Officials from the police department said a large turnout is expected and Valley Boulevard will be closed in the immediate area near the vigil. Parking may be scarce.

2 shot, wounded after being followed home from recording studio and robbed in North Hollywood: Police