How Megan Henderson’s L.A. childhood prepared her for KTLA 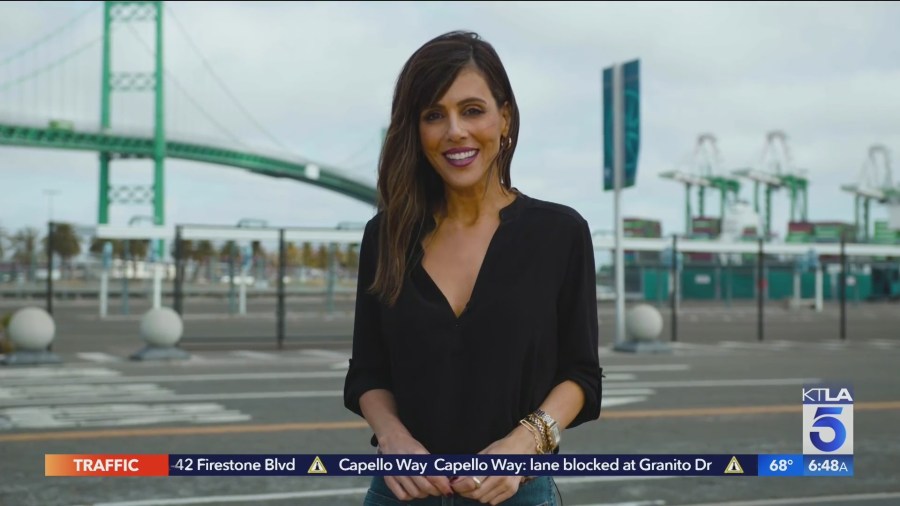 The KTLA 5 Morning News anchor credits her wanderlust to being from Los Angeles.

“Growing up in Southern California really opened my eyes to other cultures and really wanting to go experience the world and see how other people live. I really value that most about the area we live in,” she explained. “I love nature, I love being outside, I love hiking, I like being near the water. I love if we want to be in snow it’s an hour-and-a-half away, if you want to be at the ocean-everything is so close.”

Megan grew up in San Pedro, Long Beach and San Clemente. Throughout her childhood she kept busy by performing in plays, playing soccer and even being a Girl Scout.

However, her brother Mike Henderson has other memories.

“A lot of performing. Torturing me a little bit, which eventually went full-circle,” he explained. “As different as we are, when push came to shove, like when we’d walk to and from school, she always had my back, like with everybody else. When we’d get back home, she definitely liked to push my buttons.”

According to Megan, Mike did his fair share of poking fun of his sister.

“She went through the teenage acne phase and there was a song called ‘Breakout’ and I would go in and make fun of her,” he laughed. “She would have a couple pimples here and there.”

Megan explained how that childhood teasing-helped her deal with her colleagues at KTLA.

“This is how he tortured me, which quite frankly led me to Chris and Henry and how I put up with their torture,” Megan explained.

Sibling fights aside, one of her fondest L.A. childhood memories is going to Disneyland every year for her birthday. She still tries to go at least once a year.

“I mean, it’s just so cool to be from here, isn’t it?” she exclaimed. “When all is said and done it’s just, as far as I’m concerned, it’s the best place in the country. So to say you’re from it, pretty darn cool.”

Track the stories online at ktla.com/mystory.

Shooting on Hollywood Walk of Fame leaves 1 dead; search on for gunmen