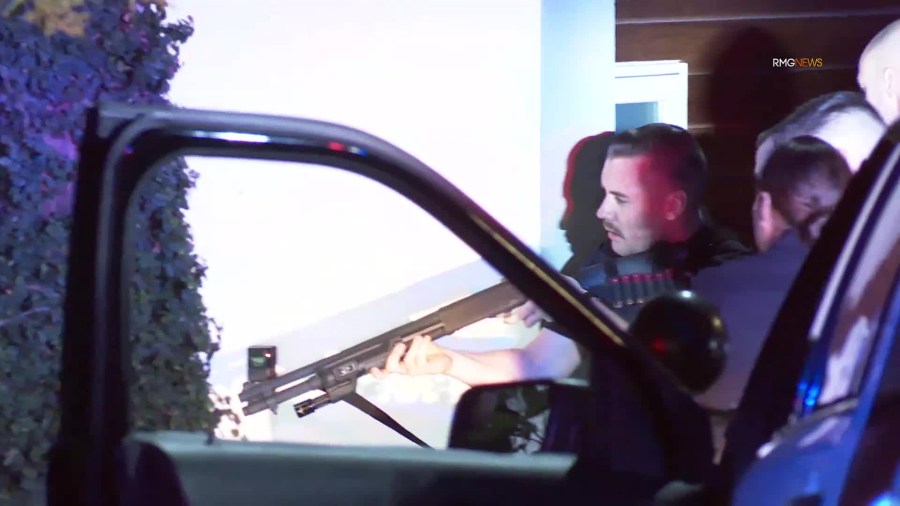 Police are searching for several men who broke into a home in Sherman Oaks early Saturday morning, only to be met with gunfire, authorities said.

The incident took place at about 1:30 a.m. at an upscale home on Beverly Ridge Drive in the hills south of Ventura Boulevard.

The homeowner told police he was asleep in his room when he was awoken by what he thought was a raccoon.

Instead, he saw a man on his balcony. He retrieved a firearm and fired two to three shots at the suspect, police said.

The homeowner also found another suspect in a hallway near his bedroom and fired several shots.

LAPD units arrived at the home and formed a perimeter, but they were unable to locate the intruders.

The homeowner was unharmed and it was unclear if any suspects were wounded.