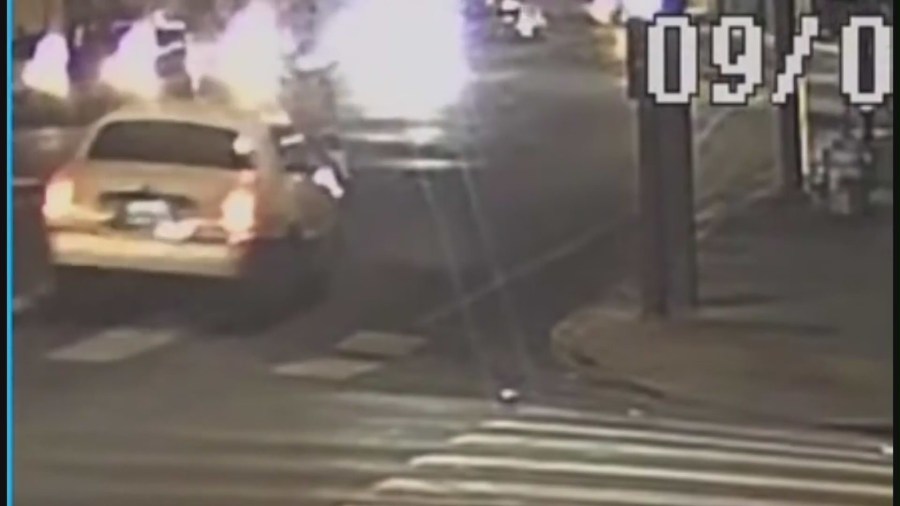 A 45-year-old woman is on life support after she was critically injured by a hit-and-run driver in downtown Los Angeles, and her family and the Los Angeles Police Department are looking for the driver.

Veronica Lugo was walking just outside of a crosswalk at San Pedro and 9th streets just before 8 p.m. on Sept. 8 when she was hit by a 2007 to 2011 Lincoln Town Car with a distinctive two-toned color: white on top and gold or tan on the bottom.

“I’ve been with her all the time I can … I try to hold her hand and touch her arm, hopefully she responds, but she’s not responding,” she said.

Monica, an only child, said she hasn’t watched the video — “I don’t want to see my mom, the way she got hurt” — but she’s been driving the streets of L.A. looking for that town car.

“I’m always on the lookout to see if I see that car … You should have stopped. Shouldn’t have just driven by. My moms not an animal. You stop and you call 911,” she said.