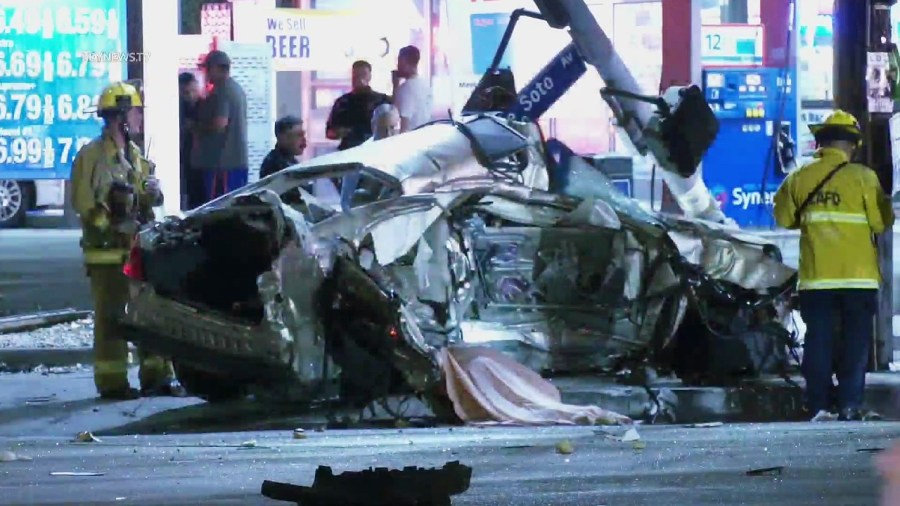 Police are searching for a hit-and-run driver who fled the scene of a fatal hit-and-run crash in Canoga Park early Tuesday morning.

Investigators believe a black Dodge Ram 1500 pickup truck was traveling southbound on De Soto at speeds of over 80mph when it collided with a silver Lexus sedan traveling westbound on Vanowen.

The Lexus careened into a light pole following the collision.

The driver of the Lexus, described as a man between 25 and 30 years old, was pronounced dead at the scene, Neiman said.

No one else was inside the Lexus at the time of the crash.

The pickup truck overturned as a result of the crash.

“We believe that based on the debris field at the scene here that the suspect is some type of vendor,” Neiman said. Investigators believe the suspect sold kids toys, hats and other items.

Police bloodhounds were brought in to help search for the driver, who may have suffered minor injuries, Neiman said.

It was unclear if drugs or alcohol were factors in the crash.

Vanowen Street was closed between De Soto and Independence avenues for the investigation.

Why Did The Production Cancel? Sexual Misconduct Allegations On Noel Clarke