Harris: ‘Nobody should have to go to jail for smoking weed’ 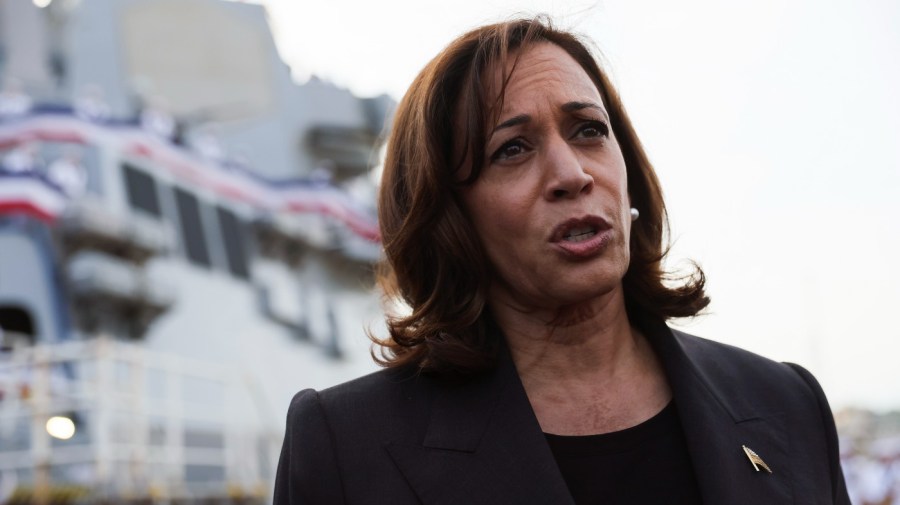 (The Hill) — Vice President Kamala Harris during a late-night show interview backed the Biden administration’s decision to pardon thousands of Americans convicted of simple marijuana possession, saying “nobody should have to go to jail for smoking weed.”

Harris told Seth Meyers on NBC’s “Late Night With Seth Meyers” that a majority of Americans would agree with her, earning a round of applause from the audience.

The vice president said the pardons were the first step in taking further action on decriminalizing marijuana across the nation.

“We are urging governors and states to take our lead and pardon people who have been criminalized for possession of marijuana,” Harris, who served as a prosecutor and attorney general in California, said. “Ultimately, though, as if with so many issues, if Congress acts, there is a uniform approach to this. But Congress needs to act.”

While 19 states and Washington, D.C., have legalized recreational marijuana and 37 states allow marijuana to be used medically, cannabis use is still illegal at the federal level.

President Joe Biden last week drew a round of applause when he pardoned everyone who has been convicted of simple marijuana possession under federal law.