Gascón says man who killed El Monte officers was ‘drug addicted,’ had no history of violence prior to shooting 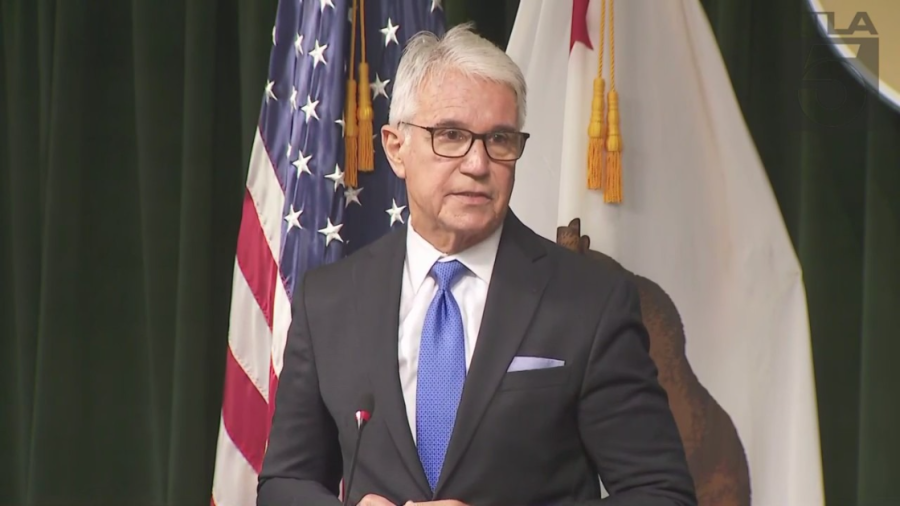 Los Angeles County District Attorney George Gascón on Tuesday stressed that the man who fatally shot two El Monte police officers last week was addicted to drugs and had no history of violence before the encounter.

The gunman, 35-year-old Justin William Flores, was on probation for a gun charge when the shooting occurred June 14, which the DA’s office has said was appropriate for the offense.

Cpl. Michael Paredes, 42, and Officer Joseph Santana, 31, were responding to a reported stabbing at the Siesta Inn when they were fatally shot.

Flores was also killed during the ordeal, but medical examiner’s records show he died of a gunshot wound to the head, and the death was ruled a suicide.

Though Flores had a prior conviction for a burglarizing his grandparents’ home and stealing a TV while he was high, he had “stayed away from the criminal justice system” until a drug and gun arrest, Gascón said.

“In this particular case, the history of the suspect, Mr. Flores, did not contain any evidence of violence.
He was basically someone who had been drug addicted for many years,” Gascón said.

The district attorney held a news conference addressing mounting criticism from some in the law enforcement community, as well as the officers’ loved ones.

Gascón offered his condolences to the families of the slain officers, adding that no one can predict violence.

“I know the this is frustrating to hear, and it may not help heal the wounds for some, but we do not serve our community when we try to pretend that we can predict 100% of the time when these cases are going to occur,” Gascón said. “The best we can do is continue to work toward a safer community and do the things that we know work.”

In a separate statement, the district attorney said reacting to isolated incidents have failed to increase community safety and instead contributed to mass incarceration.

“It is clear we need to do more to provide supervision and reentry services, but we cannot allow our anger to lead us to falsely conclude the worst-case scenario is the norm,” the statement read.