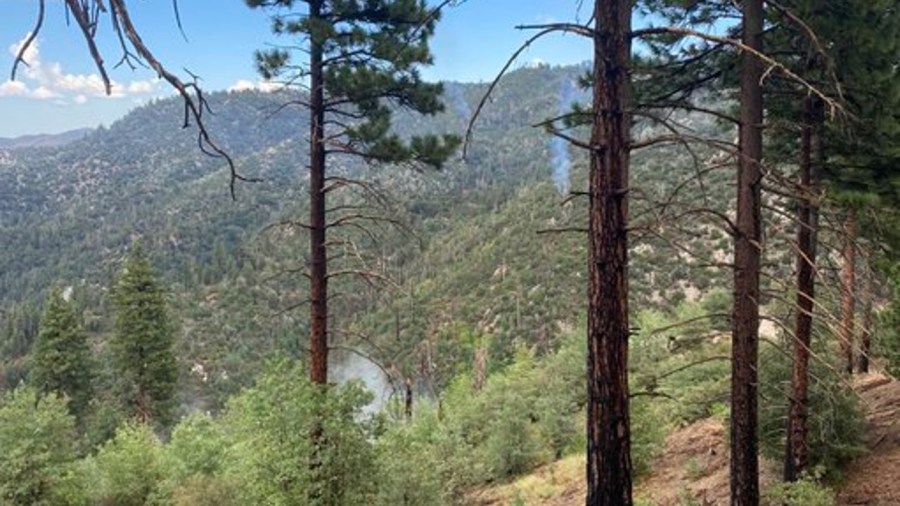 Two trees caught fire Sunday as thunderstorms made their way through the San Bernardino County Mountains.

Aircraft were needed as there are minimal ground fire crews in the Running Springs communities, the tweet read.

The fires come as a wave of monsoonal moisture was passing over the region, bringing rain, thunder and lightning.

At one point, a flash flood warning was issued for the Running Springs area.

Cal Fire crews from San Bernardino were also assisting with the incident.